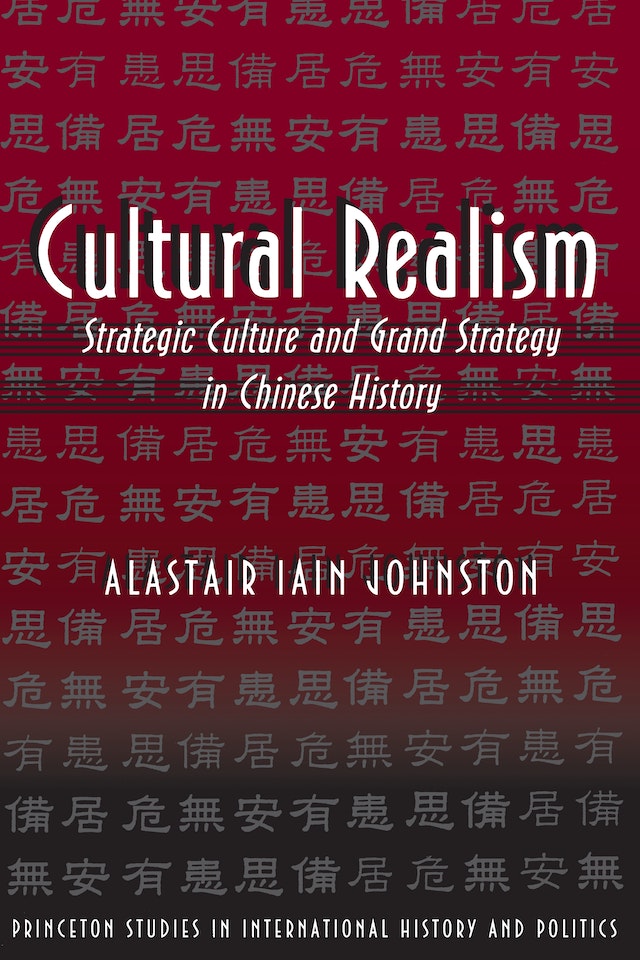 Cultural Realism is an in-depth study of premodern Chinese strategic thought that has important implications for contemporary international relations theory. In applying a Western theoretical debate to China, Iain Johnston advances rigorous procedures for testing for the existence and influence of “strategic culture.”


Johnston sets out to answer two empirical questions. Is there a substantively consistent and temporally persistent Chinese strategic culture? If so, to what extent has it influenced China’s approaches to security? The focus of his study is the Ming dynasty’s grand strategy against the Mongols (1368-1644). First Johnston examines ancient military texts as sources of Chinese strategic culture, using cognitive mapping, symbolic analysis and congruence tests to determine whether there is a consistent grand strategic preference ranking across texts that constitutes a single strategic culture. Then he applies similar techniques to determine the effect of the strategic culture on the strategic preferences of the Ming decision makers. Finally, he assesses the effect of these preferences on Ming policies towards the Mongol “threat.”


The findings of this book challenge dominant interpretations of traditional Chinese strategic thought. They suggest also that the roots of realpolitik are ideational and not predominantly structural. The results lead to the surprising conclusion that there may be, in fact, fewer cross-national differences in strategic culture than proponents of the “strategic culture” approach think.

"If Johnston's analysis of China's strategic culture is correct—and I believe that it is—generational change will not guarantee a kinder, gentler China."—Warren I. Cohen, The Atlantic Monthly

"[Cultural Realism] contends that the Chinese are no less concerned with the use of military power than any other civilization—a point that scholars have traditionally disputed because, as Johnston demonstrates, they misread the Chinese classics."—Roderick MacFarquhar, Lingua Franca

"Johnston is correct that many actual Chinese uses of force look far more like 'realism' than many Sinologists have realized. His stress on the 'realist' thread in the classics is likewise very illuminating."—Arthur Waldron, The New Republic

"The beauty of this book is the clarity and precision of the argument.... We need the intellectual challenge of such social science research on ancient and imperial China."—Joseph W. Eshrick, Journal of Asian Studies