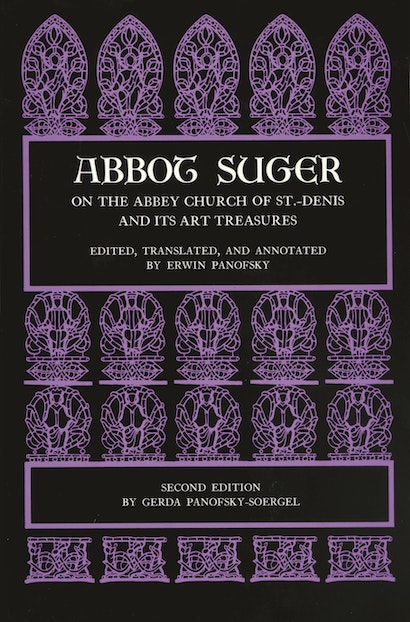 This revised edition incorporates the additions and corrections recorded by Erwin Panofsky until the time of his death in 1968. Gerda Panofsky-Soergel has updated the commentary in the light of new material, and the bibliography that she has prepared reflects the scholarship on St.-Denis in the last three decades. She has obtained some additional and more recent photographs, and the illustrations include a new ground plan and a new section of the chevet of the Abbey Church, both drawn under the supervision of Sumner McKnight Crosby.

Erwin Panofsky taught until 1933 at the University of Hamburg and, later, at New York University and Princeton University, joining the faculty of the institute for Advanced Study, Princeton, in 1935. His writings are considered among the most important of the twentieth century in art history.

"Dr. Panofsky is to be congratulated on producing, for the first time in any modern language, the whole of Suger's writing on St.-Denis, an unparalleled historical, archaeological, and ecclesiological text, and one of the world's literary treasures, a central pillar of the twelfth-century renaissance. . . . This is a work of first-class importance, and destined to remain the standard edition for a long time to come."—The Burlington Magazine