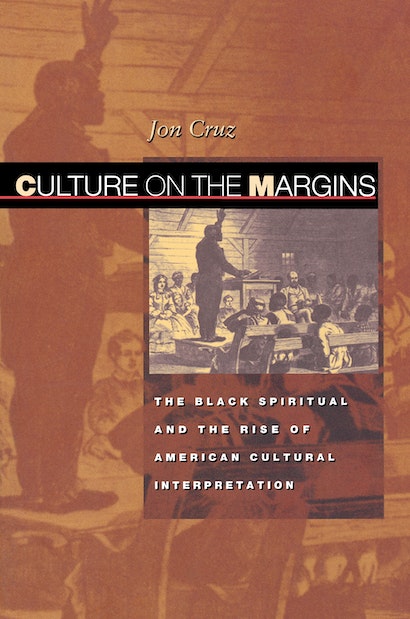 In Culture on the Margins, Jon Cruz recounts the “discovery” of black music by white elites in the nineteenth century, boldly revealing how the episode shaped modern approaches to studying racial and ethnic cultures. Slave owners had long heard black song making as meaningless “noise.” Abolitionists began to attribute social and political meaning to the music, inspired, as many were, by Frederick Douglass’s invitation to hear slaves’ songs as testimonies to their inner, subjective worlds. This interpretive shift — which Cruz calls “ethnosympathy” — marks the beginning of a mainstream American interest in the country’s cultural margins. In tracing the emergence of a new interpretive framework for black music, Cruz shows how the concept of “cultural authenticity” is constantly redefined by critics for a variety of purposes — from easing anxieties arising from contested social relations to furthering debates about modern ethics and egalitarianism.


In focusing on the spiritual aspect of black music, abolitionists, for example, pivoted toward an idealized religious singing subject at the expense of absorbing the more socially and politically elaborate issues presented in the slave narratives and other black writings. By the end of the century, Cruz maintains, modern social science also annexed much of this cultural turn. The result was a fully modern tension-ridden interest in culture on the racial margins of American society that has long had the effect of divorcing black culture from politics.

Jon Cruz is Associate Professor of Sociology at the University of California, Santa Barbara. He is the coeditor of Viewing, Reading, Listening: Audiences and Cultural Reception.

"Culture on the Margins brilliantly [unravels] . . . a crucial strand in the history of how the white investment in the black came to organize not only culture and politics in the United States but also social science. . . .This theoretically exigent and beautifully written account also turns on claims about the meaning and use of spirituals for the slaves. For the emergence and disappearance of the black subject is the hinge of the story Cruz has to tell."—Michael Rogin, American Journal of Sociology

"A splendid and important book that clearly establishes Jon Cruz as one of the most significant cultural sociologists of his generation. The scope, depth, and originality of his theoretical analysis contributes to the general project of understanding cultural production, cultural 'objects,' and cultural interpretation and appropriation. The richness of his deployment of historical materials—whether travel diaries, sermons, or early journal articles—brings his analytic framework alive. Because his book engages crucial debates in history, ethnic studies, and cultural studies as well as in sociology, it should have a wide readership among academics in many fields."—Elizabeth Long, Rice University