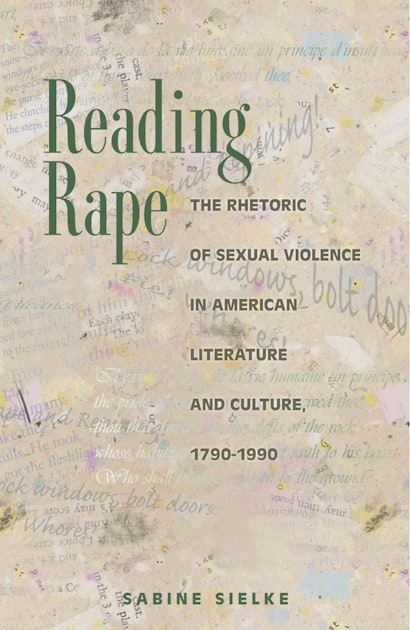 Reading Rape examines how American culture talks about sexual violence and explains why, in the latter twentieth century, rape achieved such significance as a trope of power relations.


Through attentive readings of a wide range of literary and cultural representations of sexual assault — from antebellum seduction narratives and “realist” representations of rape in nineteenth-century novels to Deliverance, American Psycho, and contemporary feminist accounts — Sabine Sielke traces the evolution of a specifically American rhetoric of rape. She considers the kinds of cultural work that this rhetoric has performed and finds that rape has been an insistent figure for a range of social, political, and economic issues.


Sielke argues that the representation of rape has been a major force in the cultural construction of sexuality, gender, race, ethnicity, class, and indeed national identity. At the same time, her acute analyses of both canonical and lesser-known texts explore the complex anxieties that motivate such constructions and their function within the wider cultural imagination. Provoked in part by contemporary feminist criticism, Reading Rape also challenges feminist positions on sexual violence by interrogating them as part of the history in which rape has been a convenient and conventional albeit troubling trope for other concerns and conflicts.


This book teaches us what we talk about when we talk about rape. And what we’re talking about is often something else entirely: power, money, social change, difference, and identity.

Sabine Sielke is Professor of American Literature and Culture and Director of the North American Program at the Universität Bonn. Her publications include Fashioning the Female Subject and four edited volumes: Theory in Practice, Gender Matters, Engendering Manhood, and Making America.

"With its insightful readings of a broad array of texts, unusual juxtapositions of less canonical works, and controversial engagement with a range of feminist and cultural studies texts, this book is certain to draw considerable interest from within and outside of the academy."—Valerie Smith, Princeton University

"Reading Rape is a fascinating work of literary and cultural analysis that will help to shape our debates about rape and representation for some time to come."—Michael Awkward, University of Pennsylvania