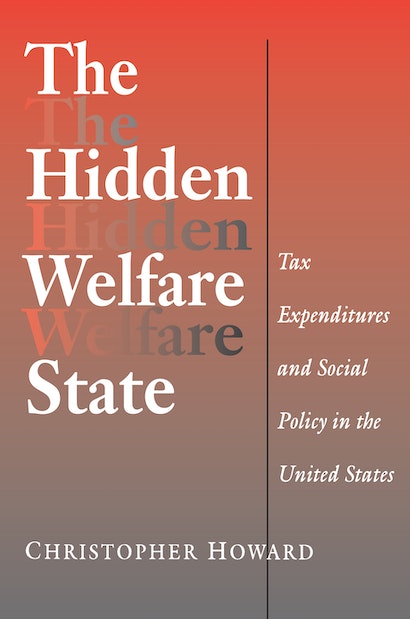 Despite costing hundreds of billions of dollars and subsidizing everything from homeownership and child care to health insurance, tax expenditures (commonly known as tax loopholes) have received little attention from those who study American government. This oversight has contributed to an incomplete and misleading portrait of U.S. social policy. Here Christopher Howard analyzes the “hidden” welfare state created by such programs as tax deductions for home mortgage interest and employer-provided retirement pensions, the Earned Income Tax Credit, and the Targeted Jobs Tax Credit. Basing his work on the histories of these four tax expenditures, Howard highlights the distinctive characteristics of all such policies. Tax expenditures are created more routinely and quietly than traditional social programs, for instance, and over time generate unusual coalitions of support. They expand and contract without deliberate changes to individual programs.


Howard helps the reader to appreciate the historic links between the hidden welfare state and U.S. tax policy, which accentuate the importance of Congress and political parties. He also focuses on the reasons why individuals, businesses, and public officials support tax expenditures. The Hidden Welfare State will appeal to anyone interested in the origins, development, and structure of the American welfare state. Students of public finance will gain new insights into the politics of taxation. And as policymakers increasingly promote tax expenditures to address social problems, the book offers some sobering lessons about how such programs work.

Christopher Howard is Assistant Professor of Government at the College of William and Mary.

"Mr. Howard's book is not meant for the reader with a casual interest in his subject. But. . . it stimulates all sorts of radical thoughts—some of them perhaps more radical than the author intended."—David Frum, The Wall Street Journal