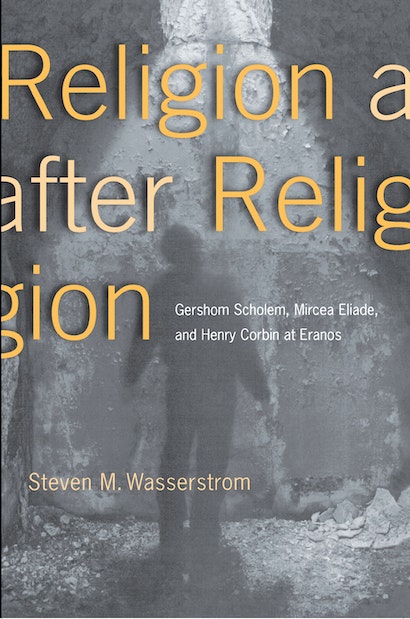 By the end of World War II, religion appeared to be on the decline throughout the United States and Europe. Recent world events had cast doubt on the relevance of religious belief, and modernizing trends made religious rituals look out of place. It was in this atmosphere that the careers of Scholem, Eliade, and Corbin — the twentieth century’s legendary scholars in the respective fields of Judaism, History of Religions, and Islam — converged and ultimately revolutionized how people thought about religion. Between 1949 and 1978, all three lectured to Carl Jung’s famous Eranos circle in Ascona, Switzerland, where each in his own way came to identify the symbolism of mystical experience as a central element of his monotheistic tradition. In this, the first book ever to compare the paths taken by these thinkers, Steven Wasserstrom explores how they overturned traditional approaches to studying religion by de-emphasizing law, ritual, and social history and by extolling the role of myth and mysticism. The most controversial aspect of their theory of religion, Wasserstrom argues, is that it minimized the binding character of moral law associated with monotheism.


The author focuses on the lectures delivered by Scholem, Eliade, and Corbin to the Eranos participants, but also shows how these scholars generated broader interest in their ideas through radio talks, poetry, novels, short stories, autobiographies, and interviews. He analyzes their conception of religion from a broadly integrated, comparative perspective, sets their distinctive thinking into historical and intellectual context, and interprets the striking success of their approaches.

Steven M. Wasserstrom is the Moe and Izetta Tonkon Associate Professor of Judaic Studies and the Humanities at Reed College in Portland, Oregon. His book Between Muslim and Jew: The Problem of Symbiosis under Early Islam (Princeton) was given the Award for Excellence in Historical Studies from the American Academy of Religion.

"A powerful and evocative work for mature and informed readers."—Library Journal

"Religion after Religion is rich with quotes from—as well as observations about—Eliade, Henry Corbin, and Gershom Scholem. . . . it recombines them in a masterful, insightful performance that evokes in the sympathetic reader . . . wondering admiration. . . . Virtually anyone could learn a great deal by reading this book."—Journal of Religion

"By focusing on Scholem, Corbin, and Eliade, Steven Wasserstrom has brought to light many of the tacit assumptions that have informed the study of religious culture in our time. Particularly important is his attentiveness to the primary emphasis placed on the symbolic imagination in these three seminal thinkers and the impact that this orientation had on their assessment of history, politics, and ethics. Wasserstrom has produced a study that will have major implications for the way that historians of religion think about their own discipline."—Elliot R. Wolfson, New York University