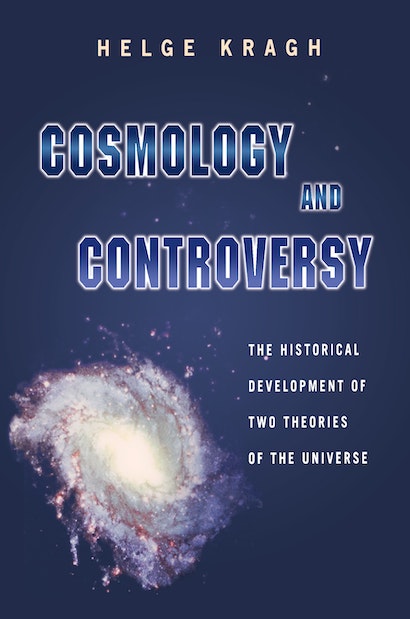 For over three millennia, most people could understand the universe only in terms of myth, religion, and philosophy. Between 1920 and 1970, cosmology transformed into a branch of physics. With this remarkably rapid change came a theory that would finally lend empirical support to many long-held beliefs about the origins and development of the entire universe: the theory of the big bang. In this book, Helge Kragh presents the development of scientific cosmology for the first time as a historical event, one that embroiled many famous scientists in a controversy over the very notion of an evolving universe with a beginning in time. In rich detail he examines how the big-bang theory drew inspiration from and eventually triumphed over rival views, mainly the steady-state theory and its concept of a stationary universe of infinite age.


In the 1920s, Alexander Friedmann and Georges Lemaître showed that Einstein’s general relativity equations possessed solutions for a universe expanding in time. Kragh follows the story from here, showing how the big-bang theory evolved, from Edwin Hubble’s observation that most galaxies are receding from us, to the discovery of the cosmic microwave background radiation. Sir Fred Hoyle proposed instead the steady-state theory, a model of dynamic equilibrium involving the continuous creation of matter throughout the universe. Although today it is generally accepted that the universe started some ten billion years ago in a big bang, many readers may not fully realize that this standard view owed much of its formation to the steady-state theory. By exploring the similarities and tensions between the theories, Kragh provides the reader with indispensable background for understanding much of today’s commentary about our universe.

Helge Kragh is Professor of the History of Science at the University of Oslo. His works include a biography of P.A.M. Dirac.

"An exhilarating read—and not just for cosmologists. For although Kragh has produced a thoroughly scholarly work, he is nevertheless an excellent writer and his book could easily be enjoyed by anyone who is fascinated by the evolution of big scientific ideas. And they don't come much bigger than the origin, evolution, and fate of the Universe."—Marcus Chown, New Scientist

"[An] excellent book . . . [a] thorough and detailed understanding. . . has enabled Kragh to write. . . enjoyable descriptions of complex issues. . . . It is difficult to imagine a more complete and scholarly account of this epoch of cosmological history."—Bernard Lovell, The Times Literary Supplement

"As one who has been intimately involved with the subject, I thoroughly appreciated reading this work.... There are still a few left who believe that science advances relentlessly in a straight line. The actual zigzag path is beautifully illuminated in this book."—Hermann Bondi, Nature

"[An] excellent book.... It is difficult to imagine a more complete and scholarly account of this epoch of cosmological history."—Bernard Lovell, The Times Literary Supplement

"This is very good scientific history and in some measure philosophy written by someone who has an understanding of the process of scientific work. The writing is clear and largely non-technical. . . . The general ideas that underpin the book hold for science broadly. Although the focus is cosmology, the book will appeal to anyone to anyone with an interest in how science actually works, whether it is through the history or the philosophy."—D.R. Matravers, Contemporary Physics

"The ultimate validation of the big-bang theory makes for a fascinating book. Kragh [tells] the story in comprehensive and compelling detail."—Jack Zirker, National Optical Astronomy Observatories