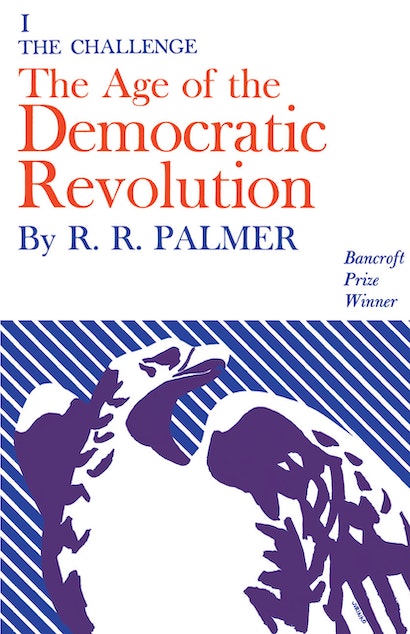 For the Western world as a whole, the period from about 1760 to 1800 was the great revolutionary era in which the outlines of the modern democratic state came into being. It is the thesis of this major work that the American, French, and Polish revolutions, and the movements for political change in Britain, Ireland, Holland, Belgium, Switzerland, Sweden, and other countries, though each distinctive in its own way, were all manifestations of recognizably similar political ideas, needs, and conflicts.

"Robert Palmer possesses the combination of patient scholarship and broad philosophical inquiry the task demands. . . . This book will enlarge and clarify our understanding of modern Western history. It will do more than that. It will re-emphasize the strength and vitality of the roots that supported the growth of democracy in the Old and New Worlds."—Geoffrey Bruun, New York Times

"It is a stimulating and provocative book in explicit defense of a position—a moral, political, if not quite religious position—which is the relatively unexamined position of the great majority of Americans. A reading of this book should help many to an explicit examination of their beliefs that may strengthen them and should certainly clarify them."—Crane Brinton, New York Herald Tribune

"Professor Palmer presents his historical synthesis with meticulous scholarship, pungent clarity, and emphatic conviction. . . . He has the rare gift of analyzing a historical situation in a manner that reveals, at the same time, both its past and its present significance."—J. Salwyn Schapiro, Saturday Review

"An examination of the revolutionary movements in Western Europe from 1760 until the first explosions of the French Revolution...it searches for the common ideas, needs, and situations between the American Revolution and the contemporary movements in Europe."—Commonweal