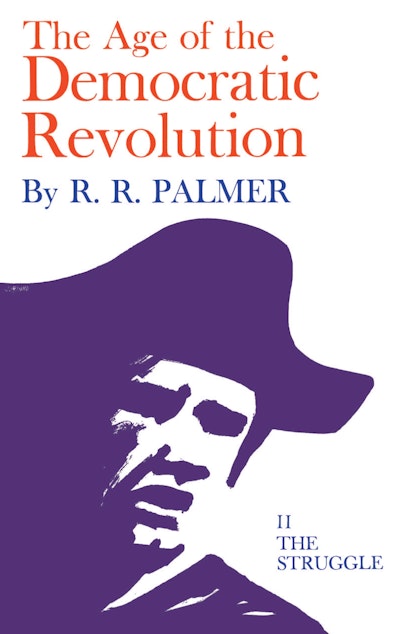 For the Western world as a whole, the period from about 1760 to 1800 was the great revolutionary era in which the outlines of the modern democratic state came into being. It is the thesis of this major work that the American, French, and Polish revolutions, and the movements for political change in Britain, Ireland, Holland, Belgium, Switzerland, Sweden, and other countries, although each distinctive in its way, were all manifestations of recognizably similar political ideas, needs, and conflicts.

Volume 1 of this distinguished two-volume work, “The Challenge,” received critical accolades throughout the world. It was the winner of the Bancroft Prize in 1960 and was called “one of the classic works of American historical scholarship” (Key Reporter) and a book which “will enlarge and clarify our understanding of modern Western history. It will re-emphasize the strength and vitality of the roots that supported the growth of democracy in the Old and New Worlds” (New York Times). “Occasionally a historical work appears which, by synthesis of much previous specialized work and by intelligent reflection upon the whole, makes events of the past click into a new pattern and assume fresh meaning. Professor Palmer’s book is such a work” (American Historical Review).

“The Challenge” took the story to the eve of the French Revolutionary wars; Volume 2, “The Struggle” continues the account to 1800.

R. R. Palmer (1909-2002), who taught at Princeton University from 1936 to 1963, the last eleven years as Dodge professor of history, was a past president of the American Historical Association. His other books include A History of the Modern World (later editions with Joel Colton) and Twelve Who Ruled. The first volume of The Age of the Democratic Revolution won the Bancroft Prize in 1960.

"With the publication of this second volume of The Age of the Democratic Revolution, R. R. Palmer concludes his patient and magisterial reassessment of the revolutionary ferment that stirred Europe and America between 1760 and 1800. . . . While Volume I covered thirty-two years, Volume II covers only eight, and the detail is correspondingly enriched. The stage remains the same, a vast stage extending from Scotland to Sicily and from Moscow to the Mississippi. Manipulating the spotlight of attention with skill and precision, Palmer shifts the focus from country to country, clarifying the particular conditions and specific developments in each. Despite the frequent changes of scene the drama is saved from incoherence by its dominant theme, a theme that emerges more strongly with each chapter as the evidence supporting it becomes more cumulative and convincing."—Geoffrey Bruun, Journal of Modern History

". . . This is the most important book on the Europe of the French Revolution published in English for more than a generation. It marks the turn of the tide, demonstrating as it does the hollowness of the current conservative interpretation of the Revolution and it will discredit for the future all sloppy generalizations about Jacobins, demagogues, and revolutionary mobs. . . . [Professor Palmer's] knowledge of printed sources is exceptionally thorough, ancient as well as modern, and his judgment of what is good and reliable seems unerring."—J. H. Plumb, New York Review of Books

". . . A work of historical synthesis that has no equal."—Maurice Dolbier, New York Herald Tribune