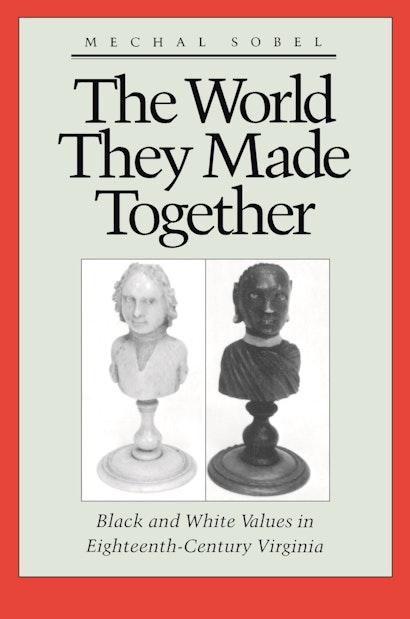 In the recent past, enormous creative energy has gone into the study of American slavery, with major explorations of the extent to which African culture affected the culture of black Americans and with an almost totally new assessment of slave culture as Afro-American. Accompanying this new awareness of the African values brought into America, however, is an automatic assumption that white traditions influenced black ones. In this view, although the institution of slaver is seen as important, blacks are not generally treated as actors nor is their “divergent culture” seen as having had a wide-ranging effect on whites. Historians working in this area generally assume two social systems in America, one black and one white, and cultural divergence between slaves and masters.

It is the thesis of this book that blacks, Africans, and Afro-Americans, deeply influenced white’s perceptions, values, and identity, and that although two world views existed, there was a deep symbiotic relatedness that must be explored if we are to understand either or both of them. This exploration raises many questions and suggests many possibilities and probabilities, but it also establishes how thoroughly whites and blacks intermixed within the system of slavery and how extensive was the resulting cultural interaction.

Mechal Sobel is Associate Professor of History at the University of Haifa.

"Ms. Sobel's book is a work of great importance, and not only to the scholars who will be its primary audience. . . . Ms. Sobel's assertion that—as C. Vann Woodward once put it—black and white southerners 'shared and molded a common culture' represents a bold departure from recent trends. . . . A stunning reinterpretation of colonial Virginia's culture."—Jan Lewis, New York Times Book Review

"The trend in modern studies of slavery has been . . . to emphasize the survival of the African heritage and the autonomy of black culture even under slavery. Sobel takes the trend a step further in contending that attitudes and casts of mind carried from Africa penetrated and altered the dominant English culture. . . . Most significantly Sobel finds black and white patters of religious experience meshing and merging in the evangelical denominations that swept up lower- and middle-class Virginians in the last half of the eighteenth century."—Edmund S. Morgan, New York Review of Books

"Mechal Sobel offers a revisionist look at the culture of the American South before 1800. Her approach presents a perspective on the South not found in comprehensive general histories. . . . In chapters woven with anecdotes, Sobel describes striking similarities and peculiar difference in the ways black and working class white Virginians spent their days, how they worshiped, where they lived, and how they saw themselves in relation to the rest of the world."—Mary Tabor, Christian Science Monitor