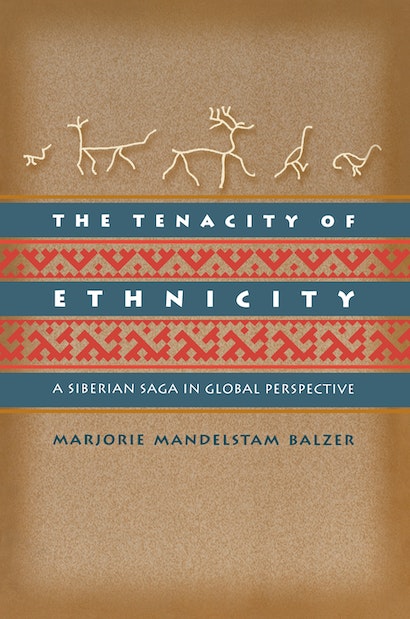 Marjorie Mandelstam Balzer combines extensive field research with historical inquiry to produce a dramatic study of a minority people in Russia, the Khanty (Ostiak) of Northwest Siberia. Although First Nations, indigenous peoples, have often been victims of expansionist state-building, Balzer shows that processes of acquiring ethnic identity can involve transcending victimhood. She brings Khanty views of their history and current life into focus, revealing multiple levels of cultural activism. She argues that anthropological theory and practice can derive from indigenous insights, and should help indigenous peoples.


Balzer brings to life the saga of the Khanty over several centuries. She analyzes trends in Siberian ethnic interaction that strongly affected minority lives: colonization, Christianization, revitalization, Sovietization, and regionalization. These processes incorporate suprastate and state politics, including recent devastations stemming from the energy industry’s land thefts. Balzer documents changes that might seem to foreshadow the demise of indigenous ethnicity. Yet the final chapters reveal ways some Khanty have preserved cultural values and dignity in crisis. Khanty identity has varied with the politics of individuals, groups, and generations. It has been shaped by recent grass-roots mobilization, ecological activism, and religious revival, as well as older historical memory, language-based solidarity, and loyalty to a homeland. The Tenacity of Ethnicity demonstrates how at each historical turn, Siberian experiences shed new light on old debates concerning colonialism, conversion, revitalization, ethnicity, and nationalism. This volume will be important for political scientists, historians, and regional specialists, as well as anthropologists and sociologists.

Marjorie Mandelstam Balzer is Research Professor at Georgetown University, and Coordinator of Social, Ethnic and Regional Issues in Georgetown's Center for Eurasian, Russian, and East European Studies (CERES). Author of numerous articles and several edited books, including Shamanic Worlds and Culture Incarnate, she has spent over twenty-five years studying Siberia. In 1976, she was one of the first Americans allowed into Siberia on the official U.S.-USSR cultural exchange. She has made many return trips, and has helped organize exchanges of Native American and Native Siberian leaders.

"Balzer makes a major contribution to the theory of ethnicity . . . The wealth of Khanty data presented . . . contributes significantly to the ethnography of Siberia."—Choice