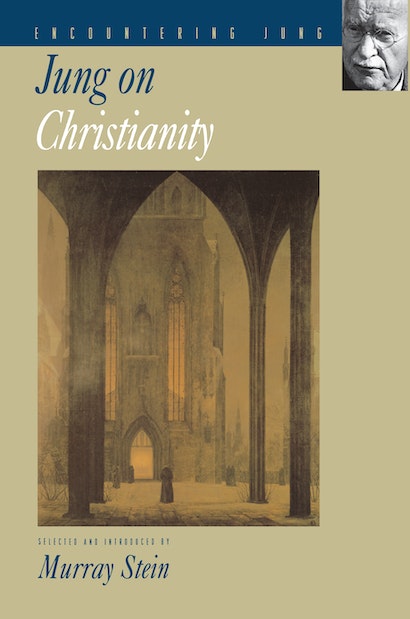 C. G. Jung, son of a Swiss Reformed pastor, used his Christian background throughout his career to illuminate the psychological roots of all religions. Jung believed religion was a profound, psychological response to the unknown — both the inner self and the outer worlds — and he understood Christianity to be a profound meditation on the meaning of the life of Jesus of Nazareth within the context of Hebrew spirituality and the Biblical worldview.


Murray Stein’s introduction relates Jung’s personal relationship with Christianity to his psychological views on religion in general, his hermeneutic of religious thought, and his therapeutic attitude toward Christianity. This volume includes extensive selections from Psychological Approach to the Dogma of the Trinity,” “Christ as a Symbol of the Self,” from Aion, “Answer to Job,” letters to Father Vincent White from Letters, and many more.

Murray Stein, Ph.D., is the author of Jung's Treatment of Christianity, Practicing Wholeness, Transformation--Emergence of the Self, and Jung's Map of the Soul. He is an international lecturer and teacher, and currently vice president of the International Association for Analytical Psychology. He is also a training analyst at the C.G. Jung Institute of Chicago.

"One thing above all should be stressed: Jung's ideas [about religion] are not the result of mere theory or of historical research—they have been wrested from the hard facts of his psychotherapeutic practice.... Jung is, by profession, a medical pastor of souls.... Thus, he not only possesses a very deep insight into the spiritual life of modern man; he also has to look round for what can help these sufferers."—Hans Schaer, Religion and the Cure of Souls in Jung's Psychology

"Stein provides a good selection of Jung's texts with a clear introduction to his Christian background and theory of Christianity."—Diane Jonte-Pace