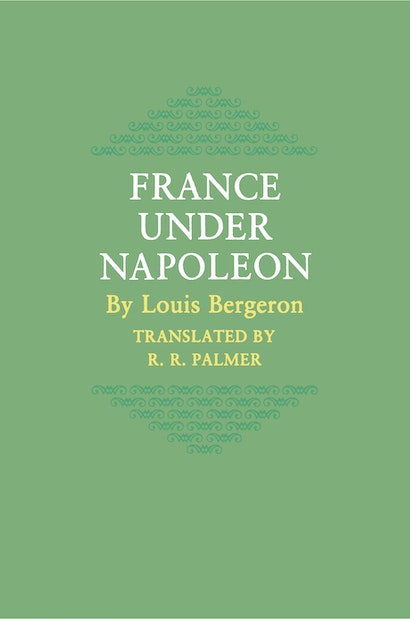 Presented here is an English translation of a study that was part of a distinguished French series on the country’s post-Revolution history. Unlike much Napoleonic literature that features the personality and foreign policy of the Emperor, it describes the condition of France and the French people during the fifteen years immediately following their great revolution. The translator, R. R. Palmer, is a distinguished historian who has written and translated many books in French history, including The Coming of the French Revolution by Georges Lefebvre (Princeton).

Applying the methods of the new social history (Annales school), the author covers the political, administrative, social, economic, and cultural facets of the First Empire. Part I deals with the domestic program and institutions under Napoleon and the fervor of the new chief of state as he sought to establish a coherent, efficient, and thoroughly controlled regime. Part II examines the opposition to his system and the reasons behind the imperfect realization of his ideal. It discusses population and demographic trends, social structure, and economic activity — all of which eluded Napoleon’s grasp.

"Bergeron, a distinguished French historian with sympathies for the Annales school, has produced an excellent social history of France in the Napoleonic period.... Highly recommended."—Library Journal