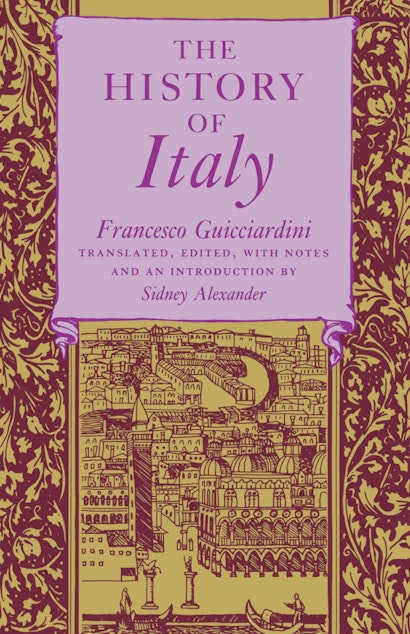 In 1537 Francesco Guicciardini, adviser and confidant to three popes, governor of several central Italian states, ambassador, administrator, military captain — and persona non grata with the ruling Medici after the siege of Florence — retired to his villa to write a history of his times. His Storia d’Italia became the classic history of Italy — both a brilliant portrayal of the Renaissance and a penetrating vision into the tragedy and comedy of human history in general. Sidney Alexander’s readable translation and abridgment of Guicciardini’s four-volume work earned the prestigious 1970 P.E.N. Club translation award. His perceptive introduction and notes add much to the understanding of Guicciardini’s masterpiece.

"Guicciardini's objectivity is awesome . . . the combination of tumultuous events and the cold lunar language he uses to describe them gives his history its unique and incomparable cachet."—New York Times