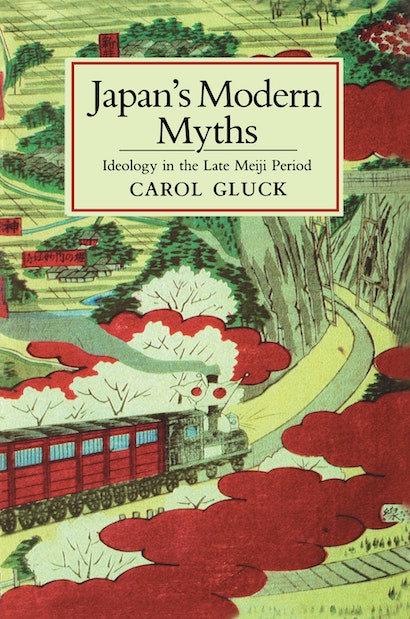 Ideology played a momentous role in modern Japanese history. Not only did the elite of imperial Japan (1890-1945) work hard to influence the people to “yield as the grasses before the wind,” but historians of modern Japan later identified these efforts as one of the underlying pathologies of World War II. Available for the first time in paperback, this study examines how this ideology evolved. Carol Gluck argues that the process of formulating and communicating new national values was less consistent than is usually supposed. By immersing the reader in the talk and thought of the late Meiji period, Professor Gluck recreates the diversity of ideological discourse experienced by Japanese of the time. The result is a new interpretation of the views of politics and the nation in imperial Japan.

"The narration and analysis of every page of the work reflect the author's brimming talent and make for extremely interesting reading. . . . This book . . . will become a lasting milestone in the study of the intellectual history of modern Japan."—Japan Quarterly

"This is, in many ways, the best book on Meiji ideology we arelikely to have for some time. It is written in flawless, often luminousprose, magnificently documented, and done with wonderful commonsense and sound historical judgment."—Marius B. Jansen, Princeton University