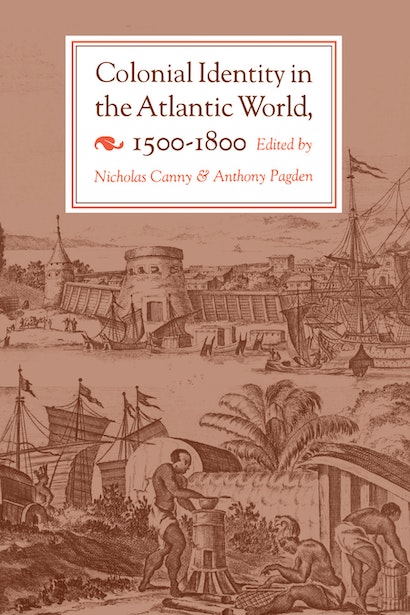 The description for this book, Colonial Identity in the Atlantic World, 1500-1800, will be forthcoming.

". . . a pioneer reconnaissance of the notion of colonial identity in the post-Columbian world."—B. W. Higman, The Journal of American History

"It is these creoles, 'colonials' as opposed to the 'colonised,' who form the subjects of Canny and Pagden's intelligent new book. In its compact pages we watch the {colonials} attempting to work out 'who' and just how 'new/old' they were during centuries unhaunted by the spectre of nationalism."—Benedict Anderson, London Review of Books

"The prolonged death throes of Europe's last overseas empires have stimulated a lively historical interest in the roots of decolonialization. The theme is taken up in this elegantly written and admirably edited volume in which Nicholas Canny and Anthony Pagden bring together a team of specialists to examine how, in the major Atlantic empires prior to the independence movements of the late eighteenth and early nineteenth centuries, colonies came to see themselves as possessing their own particular characteristics, and the bearing this had on those revolutions. . . . The editors and contributors are to be congratulated on this rich and rewarding book, essential reading for anyone interested in imperial history."—Geoffrey Scammell, The Times Higher Education Supplement