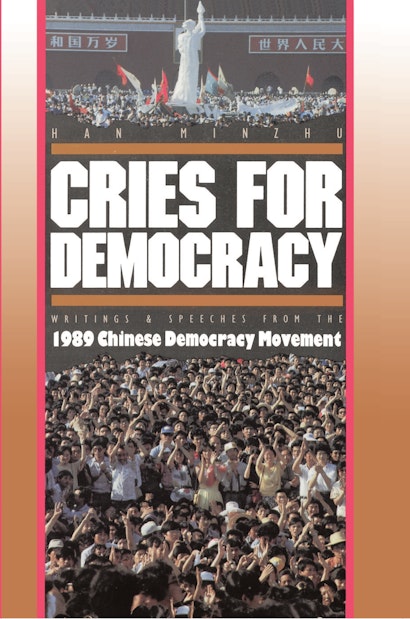 “Han Minzhu” and her assistant editor, “Hua Sheng,” both writing under pseudonyms to protect their identities, present a rich collection of translations of original writings and speeches from the 1989 Chinese Democracy Movement — flyers, “big-character” posters, “small-character” posters, handbills, poems, articles from nonofficial newspapers and journals, government statements, and transcriptions of tapes. Linked by a commentary setting the documents in the context of the movement’s history and of Chinese social and political life, these expressions — indeed, cries — of the participants in the passionate demonstrations in Beijing and other Chinese cities powerfully convey the atmosphere of this extraordinary protest. In the face of the ensuing campaign of intimidation and repression in China, this book enables Western readers to see through the eyes of Chinese students, intellectuals, workers, and other citizens the realities behind the reports and visual images that flooded the media during the spring of 1989. The editors believe that the underlying motivations, emotions, and aspirations of the prodemocracy demonstrators can best be communicated to those outside China by translations that aim as much as possible to capture the original words, tones, and rhythms of the Chinese people. This book is a unique collection of political and personal documents, and it is also a dramatic presentation of the movement. The lucid commentary, the arrangement of selections in approximate chronological order, and the use of photographs combine to create a vivid and flowing narrative. Beginning with the student discontent and restlessness that pervaded Chinese campuses in the winter of 1989, and continuing through to the violent suppression of the Democracy Movement in June with the bloody army takeover of Tiananmen Square and sweeping arrests of activists, the story shows how moderate demands on the part of students grew into a mass antigovernment protest and resistance to martial law in Beijing. Highlighting the demands and goals of the protesters and the attitude of the students toward the Chinese Communist Party, the work movingly evokes the determination, idealism, courage, and flashes of humor that were the essence of this unforgettable spring.

"The book was carefully put together, as evidenced by the well-chosen photographs, careful annotations, and the very useful index.... [The book] is an excellent documentary survey of the 1989 Democracy Movement, and one of the best collections in this field currently available in English."—China Information