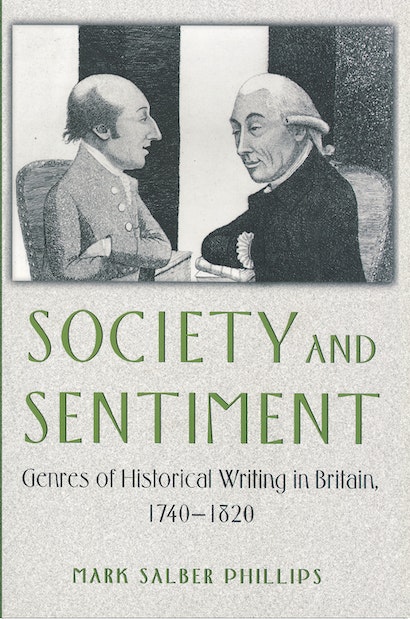 A deepening interest in both social and interior experience was a distinguishing feature of the cultural life of eighteenth-century Britain, influencing writers in all genres from fiction to philosophy. Focusing on this interplay of ideas and genres, Mark Phillips explores the ways in which writers and readers of history, memoir, biography and related literatures responded to the social and sentimental concerns of a modern, commercial society. He shows that the writing of history, which once concentrated exclusively on political events, widened its horizons in ways that often paralleled better-known developments in the contemporary novel. Ultimately, Phillips proposes a new model for the study of historiographical narrative. Countering tropological readings identified with Hayden White, he offers a more historically nuanced approach that stresses questions of genre and reception as a guide to understanding how narratives were reshaped by new audiences and new social needs.


Drawing inspiration from both the social analysis of the Scottish Enlightenment and the sentimental aesthetics of the contemporary novel, historical writing began to explore the areas of social experience and private life for which there was no place in classical historiography. The consequence, Phillips argues, was a significant reframing of historical thought that expressed itself through new themes, including the histories of commerce, manners, literature, and women, and through some lively experiments in narrative form. This book offers a rich picture of historiography that will interest students of history and fiction alike.

Mark Salber Phillips is Professor of History at the University of British Columbia. His other books include Francesco Guicciardini: The Historian's Craft and The Memoir of Marco Parenti: A Life in Medici Florence (Princeton).

"It is a pleasure to discover that Mark Salber Phillips's Society and Sentiment amply fulfils the substantial promise of its title. Uniting examinations of intellectual contexts with formalist literary analysis, this genre study traces in detail the reconfiguration of the historical field by many different British writers in the later eighteenth and early nineteenth centuries.""—Martine Watson Brownley, Albion

"Phillips's book provides a theoretically informed account of the many new ways history was written in Britain between 1740 and 1820, and a credible analysis of why these innovations took place and their significance for subsequent historical practice. It is also a pleasure to read."—Robert Anchor, American Historical Review

"Phillips's informative study makes . . . clear . . . the diversity of historical writing at particular historical moments. The exposure of that diversity with respect to the eighteenth and early nineteenth century is Society and Sentiment's great achievement, and mark Phillip's book is likely to remain the standard text on the subject for some time to come."—Mike Goode, Modern Philology

"Society and Sentiment is excellent and a pleasure to read; I cannot say how long it has been since I have read a book from which I have learned so much. It is likely to be the standard work for a long time on the history of history writing in the late eighteenth and early nineteenth centuries. Demonstrating considerable knowledge about a great variety of texts, and a superior grasp of the principles and theories of history writing during this period, Mark Phillips offers an account both of the many ways history was then written and an analysis of why those directions took place."—J. Paul Hunter, The University of Chicago

"An outstanding book that should attract all readers concerned with eighteenth-century intellectual life and literature. Society and Sentiment's great achievement as a whole is to bring together the period's interest in interiority—evinced, for example, in epistolary and journal fiction, in forms of generic tension and what the author calls 'reframing'—with the wide perspectives of the eighteenth-century 'philosophic' history of manners. In doing so, Phillips's book not only explores past generic instabilities in new ways but also fruitfully transgresses those we ourselves habitually bring to bear on intellectual and cultural history.... The author's nuanced, very lucid, and elegant prose is an essential instrument of the methodological as well as historiographical reappraisal his book offers."—J. W. Burrow, Balliol College, University of Oxford

"Society and Sentiment is a demanding,complex, nuanced, and erudite study employing a number of texts that should appeal to scholars of both history and literature . ."—Richard A. Voeltz