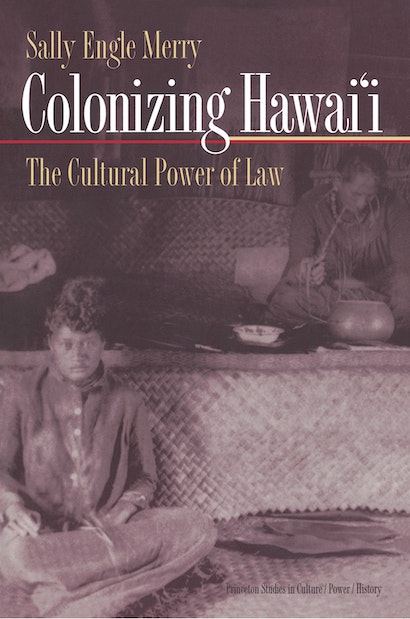 How does law transform family, sexuality, and community in the fractured social world characteristic of the colonizing process? The law was a cornerstone of the so-called civilizing process of nineteenth-century colonialism. It was simultaneously a means of transformation and a marker of the seductive idea of civilization. Sally Engle Merry reveals how, in Hawai’i, indigenous Hawaiian law was displaced by a transplanted Anglo-American law as global movements of capitalism, Christianity, and imperialism swept across the islands. The new law brought novel systems of courts, prisons, and conceptions of discipline and dramatically changed the marriage patterns, work lives, and sexual conduct of the indigenous people of Hawai’i.

Sally Engle Merry is Class of 1949 Professor of Ethics in the Anthropology Department at Wellesley College. Her books include Urban Danger: Life in a Neighborhood of Strangers, Getting Justice and Getting Even: Legal Consciousness among Working-Class Americans, and The Possibility of Popular Justice: A Case Study of American Community Mediation, coedited with Neal Milner. She is currently president of the Association for Political and Legal Anthropology.

"This is an important study which details a crucial (and often ignored) chapter in American legal history. It stands to make an important contribution to the anthropology of law, to the history of colonial legality, and to the methodology of ethnography in the archives."—Annelise Riles, Cornell University

"This is a work of exceptional merit: substantively innovative and valuable, interpretively cogent and insightful, stylistically lucid and engaging. It reads very well as a significant account of the historical Hawaiian situation and as a major contribution to a multidimensional examination of colonial law and, especially, of a crucial and fairly singular American colonial enterprise."—Don Brenneis, University of California, Santa Cruz