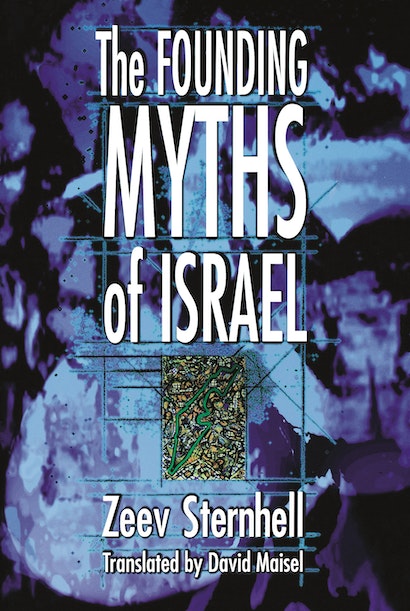 The well-known historian and political scientist Zeev Sternhell here advances a radically new interpretation of the founding of modern Israel. The founders claimed that they intended to create both a landed state for the Jewish people and a socialist society. However, according to Sternhell, socialism served the leaders of the influential labor movement more as a rhetorical resource for the legitimation of the national project of establishing a Jewish state than as a blueprint for a just society. In this thought-provoking book, Sternhell demonstrates how socialist principles were consistently subverted in practice by the nationalist goals to which socialist Zionism was committed.


Sternhell explains how the avowedly socialist leaders of the dominant labor party, Mapai, especially David Ben Gurion and Berl Katznelson, never really believed in the prospects of realizing the “dream” of a new society, even though many of their working-class supporters were self-identified socialists. The founders of the state understood, from the very beginning, that not only socialism but also other universalistic ideologies like liberalism, were incompatible with cultural, historical, and territorial nationalism. Because nationalism took precedence over universal values, argues Sternhell, Israel has not evolved a constitution or a Bill of Rights, has not moved to separate state and religion, has failed to develop a liberal concept of citizenship, and, until the Oslo accords of 1993, did not recognize the rights of the Palestinians to independence.


This is a controversial and timely book, which not only provides useful historical background to Israel’s ongoing struggle to mobilize its citizenry to support a shared vision of nationhood, but also raises a question of general significance: is a national movement whose aim is a political and cultural revolution capable of coexisting with the universal values of secularism, individualism, and social justice? This bold critical reevaluation will unsettle long-standing myths as it contributes to a fresh new historiography of Zionism and Israel. At the same time, while it examines the past, The Founding Myths of Israel reflects profoundly on the future of the Jewish State.

Zeev Sternhell is Léon Blum Professor of Political Science at the Hebrew University in Jerusalem. He is the author, among works in several languages, of Neither Right nor Left and The Birth of Fascist Ideology, both published by Princeton University Press.

"Some of his interpretations may occasionally be questioned, but one cannot doubt the intellectual courage and erudition of this professor of the Hebrew University of Jerusalem, where his strong secularism and his devotion to the heritage of the Enlightenment make him both the leader of a school and an outstanding figure."—Alain-GÇrard Slama, Le Figaro

"Zeev Sternhell . . . has observed as a historian the reality behind the myth that had assured the power of the Labor Movement for nearly forty years, until the arrival of Menahem Begin and the Likud in 1977. First surprise: the stereotype of the soldier-peasant, which one associates with the Jewish society of Palestine before 1948, masked a principle far-removed from the bucolic reveries of the 'founding fathers'. . . . Had Sternhell simply shown how the socialist leaders—under the crushing weight of constraining realities—amended their program and sacrificed their egalitarian ideology on the altar of pragmatism, he would not have produced an original book. The interest of this work, however, comes from Sternhell's demonstration that the primacy given to national objectives indeed proceeded from an ideological choice."—Nicholas Weill, Le Monde des Livres

"Not every day does one come across a history book of such great contemporary significance as that of Zeev Sternhell. . . . This is a very important book, which raises historical questions of an ever-fresh political significance."—Yosef Agassi, Maariv Cultural Supplement

"The key words figuring in the studies of the founding fathers until now have been improvisation, pragmatism, inventiveness, innovation, and lack of dogmatism. . . . With professional competence, vigor, and a clear . . . style, [Sternhell] challenges this description."—Menachem Brinker, Haaretz Book Supplement

"[T]his is one of the most provocative of the recent rash of `post-Zionist' studies that debunk earlier works on Israel's founding fathers and mothers."—Kirkus Reviews

"This book will undoubtedly create discussion and debate for some time. An excellent companion to Simha Flapan's The Birth of Israel (LJ 8/87) and worthy reading for anyone interested in comparative political development."—Library Journal

"[Sternhell's] work has an analytical intensity, a solidity and erudition generally lacking among the so-called `new [post-Zionist] historians.' Not for Sternhell the ethical relativism of the postmodernists. His values are clearly those of the old Left.... This is the yardstick from which he judges the Israeli labour movement, and he finds it deeply flawed."—Robert S. Wistrich, The Times Literary Supplement

"Sternhell's conclusions on Israel's expansionism after 1967 are important and powerful.... The demythologizing work of Sternhell and his fellow `new historians' is, finally, profoundly constructive—as they clearly intended it to be."—Jerome Slater, Political Science Quarterly

"Sternhell definitely mastered the relevant history. His view is impressively informative, and this meticulous book is packed with information, anecdotes, insights, and quotations. . . . Knowledgeable students of Israel, interested in its political and ideological history, will find Sternhell's book both highly useful and indispensable."—Nachman Ben-Yehuda, American Journal of Sociology

"[A] fiercely polemical—but assiduously researched—demolition job on . . . comfortable myths. . . . The central myth Sternhell attacks is that of the socialist, liberal and democratic values of Israel's pioneers."—Stephen Howe, The Independent