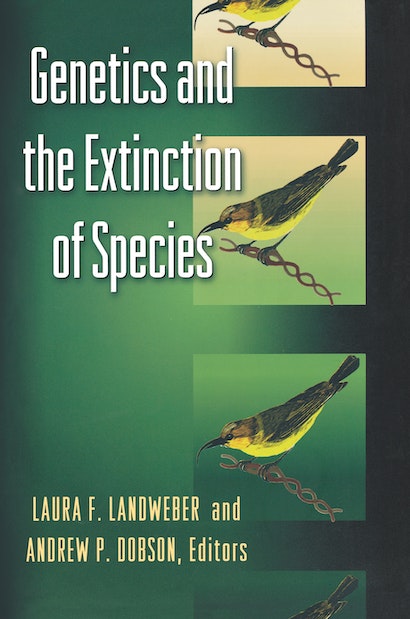 Darwin’s Origin of Species and Dobzhansky’s Genetics and the Origin of Species have been the cornerstones of modern evolutionary and population genetic theory for the past hundred years, but in the twenty-first century, biologists will face graver problems of extinction. In this collection, a team of leading biologists demonstrates why the burgeoning field of conservation biology must continue to rely on the insights of population genetics if we are to preserve the diversity of living species. Technological and theoretical developments throughout the 1990s have allowed for important new insights into how populations have evolved in response to past selection pressures, while providing a broad new understanding of the genetic structure of natural populations. The authors explore these advances and argue for the applicability of new genetic methods in conservation biology.


The volume covers such topics as the reasons for extinctions, the best ways to measure biodiversity, and the benefits and drawbacks of policies like captive breeding. Genetics and the Extinction of Species is a rich source of information for biologists and policymakers who want to learn more about the host of tools, theories, and approaches available for conserving biodiversity.

"Landweber and Dobson have brought together a team of 'heavy hitters' in conservation population genetics to discuss the major questions of their field. There is a great deal of important writing in this book, some of it controversial, which is bound to generate widespread interest."—Rob DeSalle, American Museum of Natural History

"This timely collection of papers refutes the ill-founded rumor that genetics has little to contribute to the conservation of biodiversity. The volume is important as it provides a critical overview of the challenges facing geneticists in this rapidly growing field. The detailed discussions of successes and failures in the application of genetic methods to conservation problems should stimulate and focus future research efforts."—David S. Woodruff, University of California, San Diego