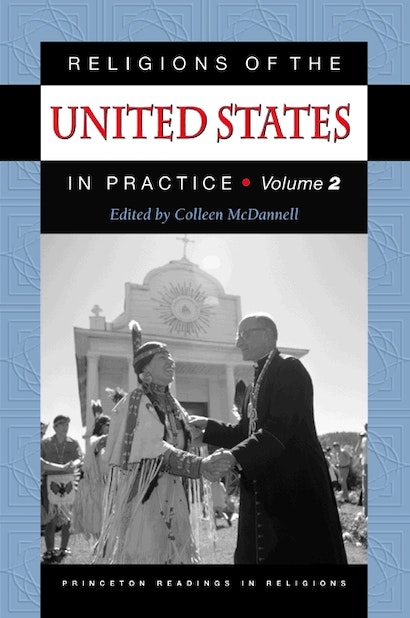 Religions of the United States in Practice is a rich anthology of primary sources with accompanying essays that examines religious behavior in America. From praying in an early American synagogue to performing Mormon healing rituals to debating cremation, Volume 2 explores faith through action in the nineteenth and twentieth centuries.


Accompanying each primary document is an essay that sets the religious practice in its historical and theological context — making this volume ideal for classroom use and accessible to any reader. The introductory essays explain the various meanings of religious practices as lived out in churches and synagogues, in parlors and fields, beside rivers, on lecture platforms, and in the streets.

Religions of the United States in Practice offers a sampling of religious perspectives in order to approximate the living texture of popular religious thought and practice in the United States. The history of religion in America is more than the story of institutions and famous people. This anthology presents a more nuanced story composed of the everyday actions and thoughts of lay men and women.

Colleen McDannell is Sterling M. McMurrin Professor of Religious Studies and Professor of History at the University of Utah. She is the author of Material Christianity: Religion and Popular Culture in America and The Christian Home in Victorian America: 1840-1900 and a coauthor of Heaven: A History.