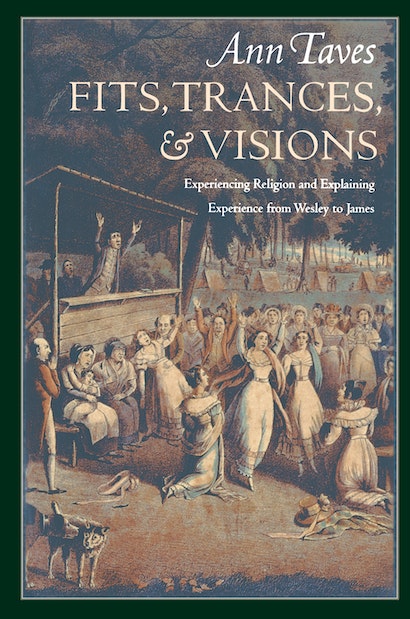 Fits, trances, visions, speaking in tongues, clairvoyance, out-of-body experiences, possession. Believers have long viewed these and similar involuntary experiences as religious — as manifestations of God, the spirits, or the Christ within. Skeptics, on the other hand, have understood them as symptoms of physical disease, mental disorder, group dynamics, or other natural causes. In this sweeping work of religious and psychological history, Ann Taves explores the myriad ways in which believers and detractors interpreted these complex experiences in Anglo-American culture between the mid-eighteenth and early-twentieth centuries.


Taves divides the book into three sections. In the first, ranging from 1740 to 1820, she examines the debate over trances, visions, and other involuntary experiences against the politically charged backdrop of Anglo-American evangelicalism, established churches, Enlightenment thought, and a legacy of religious warfare. In the second part, covering 1820 to 1890, she highlights the interplay between popular psychology — particularly the ideas of “animal magnetism” and mesmerism — and movements in popular religion: the disestablishment of churches, the decline of Calvinist orthodoxy, the expansion of Methodism, and the birth of new religious movements. In the third section, Taves traces the emergence of professional psychology between 1890 and 1910 and explores the implications of new ideas about the subconscious mind, hypnosis, hysteria, and dissociation for the understanding of religious experience.


Throughout, Taves follows evolving debates about whether fits, trances, and visions are natural (and therefore not religious) or supernatural (and therefore religious). She pays particular attention to a third interpretation, proposed by such “mediators” as William James, according to which these experiences are natural and religious. Taves shows that ordinary people as well as educated elites debated the meaning of these experiences and reveals the importance of interactions between popular and elite culture in accounting for how people experienced religion and explained experience.


Combining rich detail with clear and rigorous argument, this is a major contribution to our understanding of Protestant revivalism and the historical interplay between religion and psychology.

Ann Taves is Professor of the History of Christianity and American Religion at the Claremont School of Theology and Professor of Religion at the Claremont Graduate University. She is the author of The Household of Faith: Roman Catholic Devotions in Mid-Nineteenth Century America and Religious and Domestic Violence in Early New England: The Memoirs of Abigail Abbott Bailey. 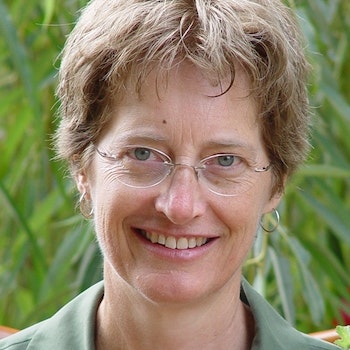 "Taves brings a new perspective to familiar territory in American religious history: camp meetings, spiritual mediums, Pentecostalism, faith healing, and the work of William James. . . [She] handles the complexity and breadth of her study well, balancing evidence and theory with clear prose, and ultimately provides a new view of the inner workings of American religious traditions."—Library Journal

"As much a treat as a treatise, and not just for historians. . . . An intellectual adventure . . . thick with anecdote, example and quotation."—New York Times Book Review

"Taves provides a fascinating account of the interplay between experiencing religion and explaining these experiences. . . . Provocative, well-written, and an exemplar of interdisciplinary scholarship."—Choice

"This impressive book will stand on its merits for many years to come. It will change the way we look at the received narrative of American religious history and, as much, the way we look at ourselves as interpreters of the narrative . . . Taves has provided grounding and insight that puts us in her debt."—Catherine L. Albanese, Journal of American History

"This is an important study and a major contribution to the study of the Anglo-American discourse on religion."—Gary L. Ebersole, Journal of Religion

"This is an excellent book. Its method is historical and its self-set purpose concerns the interplay between experiencing religion and explaining the experience. The book deserves careful reading."—Douglas J. Davies, Journal of the Royal Anthropological Institute

"One of the most important contributions not only to the study of American religious history, but more broadly to the study of religion, which has appeared in recent years. . . . [It] should be of great interest to students of religious phenomena no matter what their particular field of study."—Peter W. Williams, Catholic Historical Review

"The breadth of the book is truly remarkable, both across time and across perspectives. To move coherently from debates over the phenomena of the colonial Great Awakening to debates over both modern psychology of religion and early Pentecostalism, while at the same time moving back and forth between adepts and explainers of religious experiences is a real accomplishment."—Mark A. Noll, Wheaton College

"Taves offers both a history of American Protestant piety and a history of American psychology (in popular as much as academic modes). She creatively balances narratives of dramatic religious experience with varied naturalistic explanations that have been advanced since the Enlightenment. This is a grand enterprise—one of impressive breadth and seasoned scholarship."—Leigh Schmidt, Princeton University