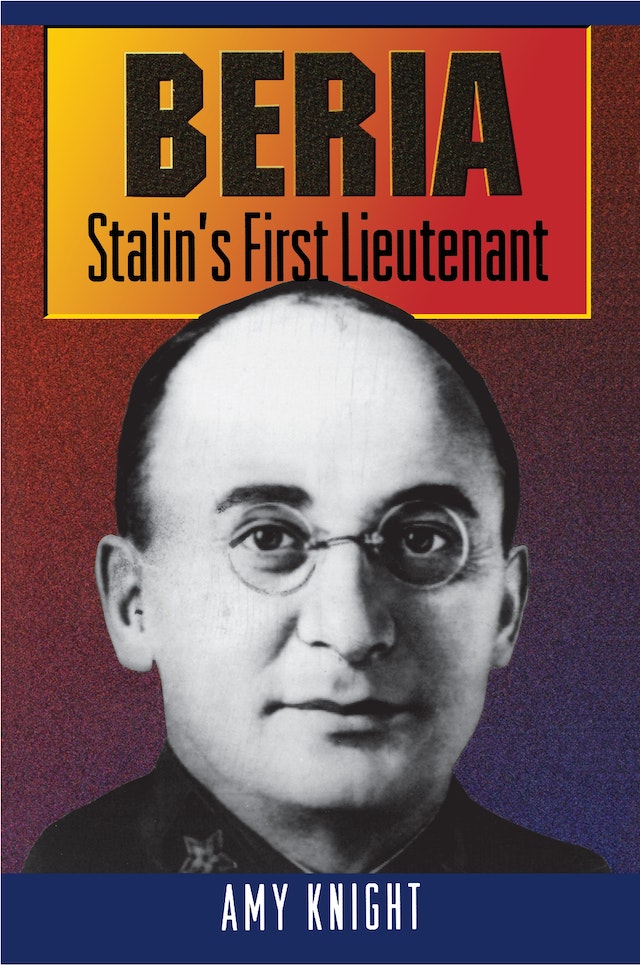 This is the first comprehensive biography of Lavrentii Beria, Stalin’s notorious police chief and for many years his most powerful lieutenant. Beria has long symbolized all the evils of Stalinism, haunting the public imagination both in the West and in the former Soviet Union. Yet because his political opponents expunged his name from public memory after his dramatic arrest and execution in 1953, little has been previously published about his long and tumultuous career.

Amy Knight is a Senior Research Analyst at the Library of Congress and a former Woodrow Wilson Fellow. She is also the author of The KGB: Police and Politics in the Soviet Union.

"This smoothly written book is laudable, not just for its speculation on the Beria that might have been, but also for its naked portrait of the Beria that was."—David Gordon, Newsweek, International Edition

"The first serious book-length study of Beria's public career. . . . Knight's staidness and deliberation bring a refreshing change of approach. . . . A major contribution to our knowledge of Soviet politics."—Robert Service, The Times Literary Supplement

"Beria is ripe for revisionism. The danger is that too much can be made of Beria's relative liberalism. . . . Amy Knight does not fall into this trap. Hers is a strictly political biography and a very good one."—Simon Sebag Montefiore, The [London] Times

"A milestone, an invaluable achievement, the natural heir to Leggett's history of the Cheka."—John le Carré