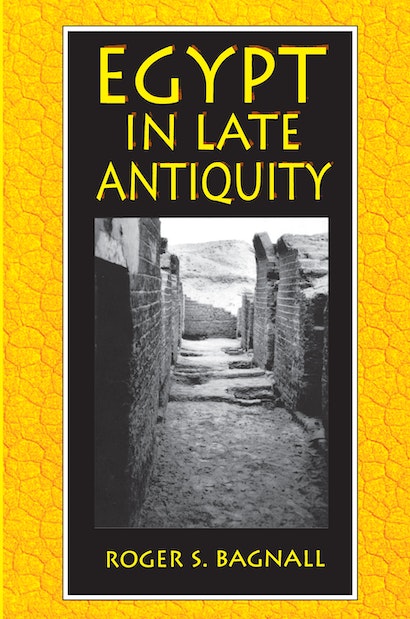 This book brings together a vast amount of information pertaining to the society, economy, and culture of a province important to understanding the entire eastern part of the later Roman Empire. Focusing on Egypt from the accession of Diocletian in 284 to the middle of the fifth century, Roger Bagnall draws his evidence mainly from documentary and archaeological sources, including the papyri that have been published over the last thirty years.

Roger S. Bagnall is Professor of Classics and History at Columbia University. His many books include The Administration of the Ptolemaic Possessions Outside Egypt and Consuls of the Later Roman Empire.

"[This book] represents the most expansive study of Egyptian society in transition yet produced, both voluminously documented and self-critical in its use of papyrological evidence. . . . A tremendous contribution to our understanding of social, economic, and administrative activity in early Byzantine Egypt—and therefore to our knowledge of the late Roman Empire as a whole."—David Frankfurter, Bryn Mawr Classical Review

"This excellent book assesses the society, economy, and culture of Egypt in the fourth century. . . . Whether dealing with changes in diet or the legal rights of slaves [Bagnall] paints an extraordinarily vivid picture of a century that straddles the end of the Classical world and the beginning of something entirely new."—Choice

"This is an immensely authoritative and detailed work that for many years will be the standard scholarly book on Egypt in the fourth and fifth centuries."—Alan K. Bowman, Christ Church, University of Oxford