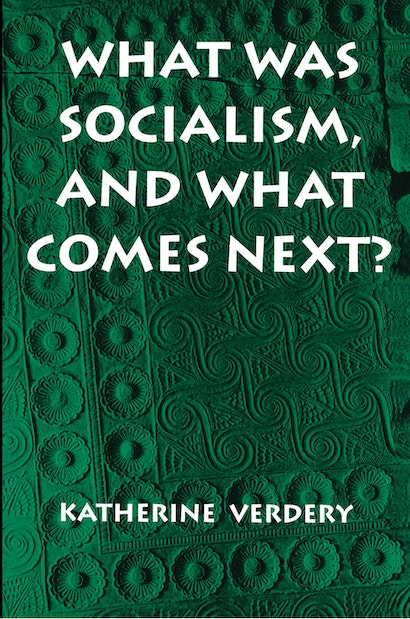 Among the first anthropologists to work in Eastern Europe, Katherine Verdery had built up a significant base of ethnographic and historical expertise when the major political transformations in the region began to take place. In this collection of essays dealing with the aftermath of Soviet-style socialism and the different forms that may replace it, she explores the nature of socialism in order to understand more fully its consequences. By analyzing her primary data from Romania and Transylvania and synthesizing information from other sources, Verdery lends a distinctive anthropological perspective to a variety of themes common to political and economic studies on the end of socialism: themes such as “civil society,” the creation of market economies, privatization, national and ethnic conflict, and changing gender relations.


Under Verdery’s examination, privatization and civil society appear not only as social processes, for example, but as symbols in political rhetoric. The classic pyramid scheme is not just a means of enrichment but a site for reconceptualizing the meaning of money and an unusual form of post-Marxist millenarianism. Land being redistributed as private property stretches and shrinks, as in the imaginings of the farmers struggling to tame it. Infused by this kind of ethnographic sensibility, the essays reject the assumption of a transition to capitalism in favor of investigating local processes in their own terms.

Katherine Verdery is Professor of Anthropology at the Johns Hopkins University. Among her books are Transylvanian Villagers and National Ideology under Socialism.

"Verdery starts always with real people's thoughts and experiences, putting her inquiries on a solid footing that both statistics-heavy economic reports and arid efforts at political theorizing conspicuously lack. This solidity is a boon to those who want to understand how formerly existing socialism came to be what it was—and a warning to those who traffic in simple models of how it is being surpassed."—Joel Robbins, In These Times