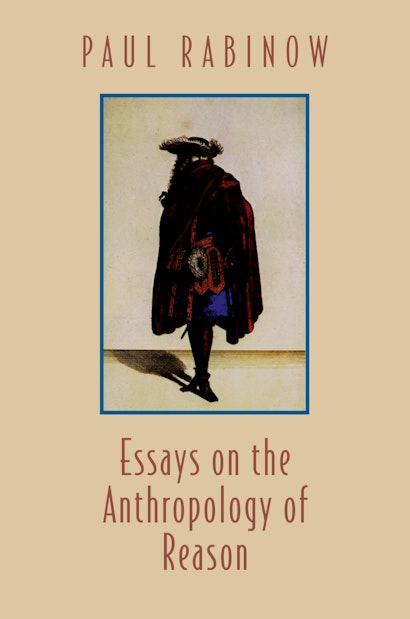 This collection of essays explains and encourages new reflection on Paul Rabinow’s pioneering project to anthropologize the West. His goal is to exoticize the Western constitution of reality, emphasize those domains most taken for granted as universal, and show how their claims to truth are linked to particular social practices, hence becoming effective social forces. He has recently begun to focus on the core of Western rationality, in particular the practices of molecular biology as they apply to our understanding of human nature. This book moves in new directions by posing questions about how scientific practice can be understood in terms of ethics as well as in terms of power.

The topics include how French socialist urban planning in the 1930s engineered the transition from city planning to life planning; how the discursive and nondiscursive practices of the Human Genome Project and biotechnology have refigured life, labor, and language; and how a debate over patenting cell lines and over the dignity of life required secular courts to invoke medieval notions of the sacred. Building on an ethnographic study of the invention of the polymerase chain reaction — which enables the rapid production of specific sequences of DNA in millions of copies Rabinow, in the final essay, reflects in dialogue with biochemist Tom White on the place of science in modernity, on science as a vocation, and on the differences between the human and natural sciences.

Paul Rabinow is Professor of Anthropology at the University of California, Berkeley. Among his most recent books are Making PCR: A Story of Biotechnology and French Modern: Norms and Forms of the Social Environment, both published by the University of Chicago Press.

"Rabinow has produced a rich and elegantly written set of reflections for those who want to study a culture in the making, or are part of one. It is, of course, part of his argument that they include all of us."—Jon Turney, The Times Higher Education Supplement

"Essays on the Anthropology of Reason will provide an important sense of the solidity of research in the new and exciting terrains that anthropology has entered. In so doing, it will remove discussion of such new work from the 'celebrity/fashion circuit' of recent trends in cultural studies. Paul Rabinow's collection both illuminates and extends a major research career that has never waned in the power of its intellect, curiosity, and depth of achievement."—George E. Marcus, Rice University

"Paul Rabinow's Reflections on Fieldwork in Morocco has been seen as the precursor of the wave of reflexive anthropological texts that have played a central role in recent developments of the discipline. Essays on the Anthropology of Reason could have a similar effect, one that could contribute to a movement away from an excessive preoccupation with textual reflexivity. What one finds in this volume is a sustained reflection on what it means to do fieldwork today in or on (post)modern societies. There is no doubt in my mind that it will generate a healthy debate not only within anthropology but in other fields as well."—Alberto Cambrosio, McGill University

"Paul Rabinow's voice is unique. These essays explore a wide range of topics—the historical grounding of popular conceptions of the integrity of the body, the cultural logic of biological determinism and eugenics, and the applicability of Foucault's notion of biopower—with masterful command of the literature, a nuanced ear for the subtleties of cultural interpretation, and a theoretical acuity that is often thrilling."—Emily Martin, Princeton University