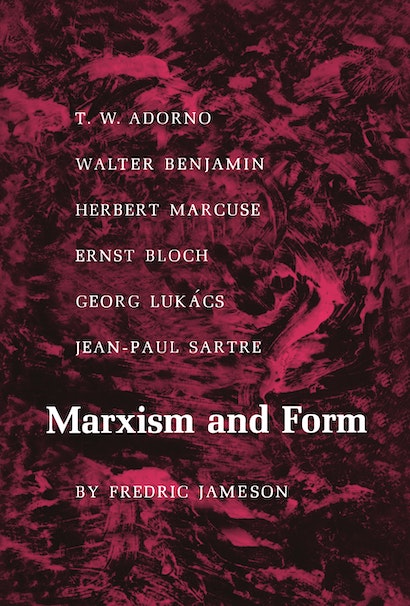 For more than thirty years, Fredric Jameson has been one of the most productive, wide-ranging, and distinctive literary theorists in the United States and the Anglophone world. Marxism and Form provided a pioneering account of the work of the major European Marxist theorists — T. W. Adorno, Walter Benjamin, Herbert Marcuse, Ernst Bloch, Georg Lukács, and Jean-Paul Sartre — work that was, at the time, largely neglected in the English-speaking world. Through penetrating readings of each theorist, Jameson developed a critical mode of engagement that has had tremendous in.uence. He provided a framework for analyzing the connection between art and the historical circumstances of its making — in particular, how cultural artifacts distort, repress, or transform their circumstances through the abstractions of aesthetic form.


Jameson’s presentation of the critical thought of this Hegelian Marxism provided a stark alternative to the Anglo-American tradition of empiricism and humanism. It would later provide a compelling alternative to poststructuralism and deconstruction as they became dominant methodologies in aesthetic criticism.


One year after Marxism and Form, Princeton published Jameson’s The Prison-House of Language (1972), which provided a thorough historical and philosophical description of formalism and structuralism. Both books remain central to Jameson’s main intellectual legacy: describing and extending a tradition of Western Marxism in cultural theory and literary interpretation.