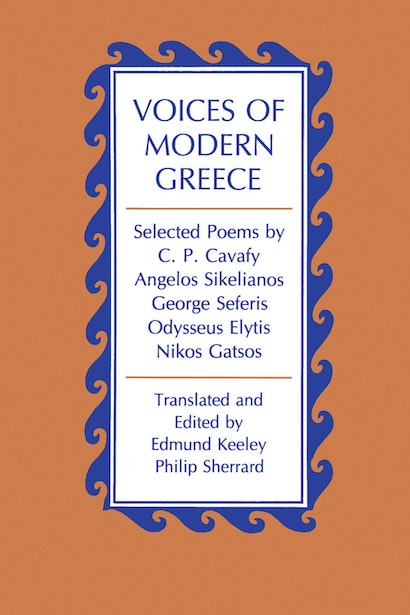 This anthology is composed of recently revised translations selected from the five volumes of work by major poets of modern Greece offered by Edmund Keeley and Philip Sherrard during the past two decades. The poems chosen are those that translate most successfully into English and that are also representative of the best work of the original poets.


C. P. Cavafy and Angelos Sikelianos are major poets of the first half of the twentieth century. George Seferis and Odysseus Elytis, who followed them, both won the Nobel Prize in literature. Nikos Gatsos is a very popular translator, lyricist, and critic.

Edmund Keeley, Professor of English and Director of the Creative Writing Program at Princeton University, is the translator of Ritsos in Parentheses (Princeton), which received the 1980 Landon Translation Award of the Academy of American Poets. Philip Sherrard lives in Greece and is cotranslator with Mr. Keeley of George Seferis: Collected Poems, C. P. Cavafy: Collected Poems, and Angelos Sikelianos: Selected Poems (all Princeton).