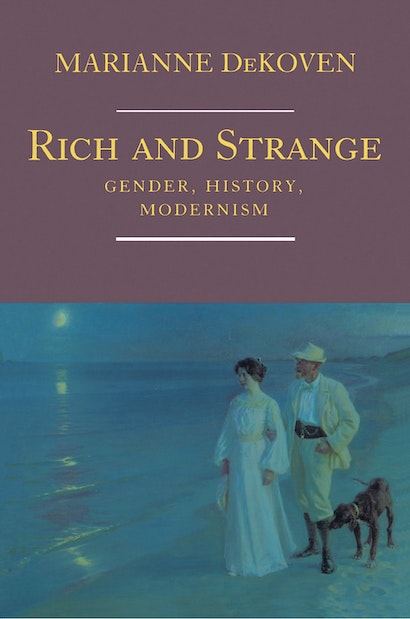 Like the products of the “sea-change” described in Ariel’s song in The Tempest, modernist writing is “rich and strange.” Its greatness lies in its density and its dislocations, which have until now been viewed as a repudiation of and an alternative to the cultural implications of turn-of-the-century political radicalism. Marianne DeKoven argues powerfully to the contrary, maintaining that modernist form evolved precisely as a means of representing the terrifying appeal of movements such as socialism and feminism. Organized around pairs and groups of female-and male-signed texts, the book reveals the gender-inflected ambivalence of modernist writers. Male modernists, desiring utter change, nevertheless feared the loss of hegemony it might entail, while female modernists feared punishment for desiring such change. With water imagery as a focus throughout, DeKoven provides extensive new readings of canonical modernist texts and of works in the feminist and African-American canons not previously considered modernist. Building on insights of Luce Irigaray, Klaus Theweleit, and Jacques Derrida, she finds in modernism a paradigm of unresolved contradiction that enacts in the realm of form an alternative to patriarchal gender relations.