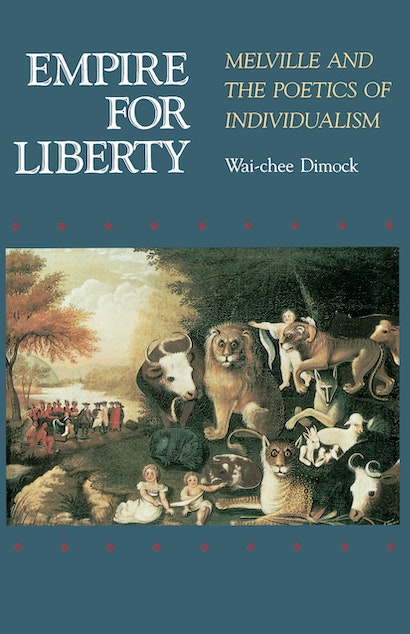 Wai Chee Dimock approaches Herman Melville not as a timeless genius, but as a historical figure caught in the politics of an imperial nation and an “imperial self.” She challenges our customary view by demonstrating a link between the individualism that enabled Melville to write as a sovereign author and the nationalism that allowed America to grow into what Jefferson hoped would be an “empire for liberty.”

"In this tenacious and articulate study, Professor Dimock explores the 'textual governance' of Melville's fiction: the ways in which the expectations and practice of imperialism in antebellum America necessarily informed—and limited—the poetics of Melville's 'authorial sovereignty' over his writings. Not everyone will agree with her conclusions about Melville's problematical poetics and historicism; yet her book will send the reader back again and again to Melville, equipped with new insights into his art and vision."—R. Bruce Bickley, Jr., American Literature

"Empire for Liberty is one of the most important studies of Melville to appear in many years and it sets the terms for critical debate about his work for many years ahead."—Richard Poirier, Editor, Raritan Quarterly