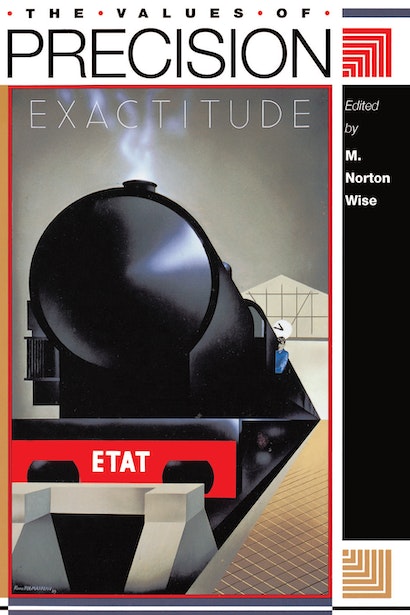 The Values of Precision examines how exactitude has come to occupy such a prominent place in Western culture. What has been the value of numerical values? Beginning with the late eighteenth century and continuing into the twentieth, the essays in this volume support the view that centralizing states — with their increasingly widespread bureaucracies for managing trade, taxation, and armies — and large-scale commercial enterprises — with their requirements for standardization and mass production — have been the major promoters of numerical precision. Taking advantage of the resources available, scientists and engineers have entered a symbiotic relationship with state and industry, which in turn has led to increasingly refined measures in ever-widening domains of the natural and social world. At the heart of this book, therefore, is an inquiry into the capacity of numbers and instruments to travel across boundaries of culture and materials.


Many of the papers focus attention on disagreements about the significance and the credibility of particular sorts of measurements deployed to support particular claims, as in the measures of the population of France, the electrical resistance of copper, or the solvency of insurance companies. At the same time they display the deeply cultural character of precision values. Contributors to the volume include Ken Alder, Graeme J. N. Gooday, Jan Golinski, Frederic L. Holmes, Kathryn M. Olesko, Theodore M. Porter, Andrea Rusnock, Simon Schaffer, George Sweetnam, Andrew Warwick, and M. Norton Wise.

M. Norton Wise is Professor of History and Director of Graduate Studies for the Program in History of Science, Princeton University.

"Standardization and precision measurement have often been taken for granted by historians of science. Norton Wise should therefore be applauded for having put together this excellent collection of essays that places the topic . . . at the center of historical attention."—Sven Widmalm, Science

"Sheds new light on and thus makes an important contribution to our understanding of the sometimes surprising results of mathematicization."—Dennis H. Rouvray, Endeavour

"[A] pleasure to read, and it reveals much about quantification, the trustworthiness of numbers, the role of the professions, and the relations between science and technology. . . ."—Mary S. Morgan, Economic History Review

"Taken singly, each of the essays is of unusually high quality; taken together, they are the best introduction available in English to the diverse practices, applications, and morals of precision."—Lorraine Daston, Isis

". . . explores how the concept of precision emerged and came to be valued in Western culture. . . . What is clear from this book is that the perceived value of precision lies as much with how it is attained, and by whom, as with the degree of precision itself."—New Scientist