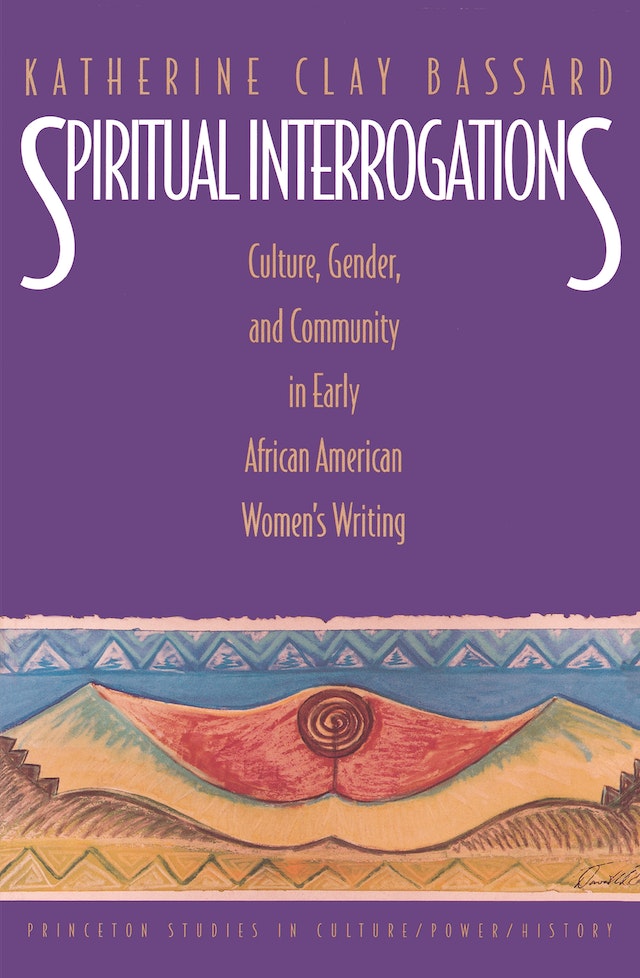 The late eighteenth century witnessed an influx of black women to the slave-trading ports of the American Northeast. The formation of an early African American community, bound together by shared experiences and spiritual values, owed much to these women’s voices. The significance of their writings would be profound for all African Americans’ sense of their own identity as a people.

Katherine Clay Bassard’s book is the first detailed account of pre-Emancipation writings from the period of 1760 to 1863, in light of a developing African American religious culture and emerging free black communities. Her study — which examines the relationship among race, culture, and community — focuses on four women: the poet Phillis Wheatley and poet and essayist Ann Plato, both Congregationalists; and the itinerant preacher Jarena Lee, and Shaker eldress Rebecca Cox Jackson, who, with Lee, had connections with African Methodism.

Together, these women drew on what Bassard calls a “spirituals matrix,” which transformed existing literary genres to accommodate the spiritual music and sacred rituals tied to the African diaspora. Bassard’s important illumination of these writers resurrects their path-breaking work. They were cocreators, with all black women who followed, of African American intellectual life.

Katherine Clay Bassard is Associate Professor of English at the University of California, Berkeley. Her articles have been published in African American Review and Callaloo.