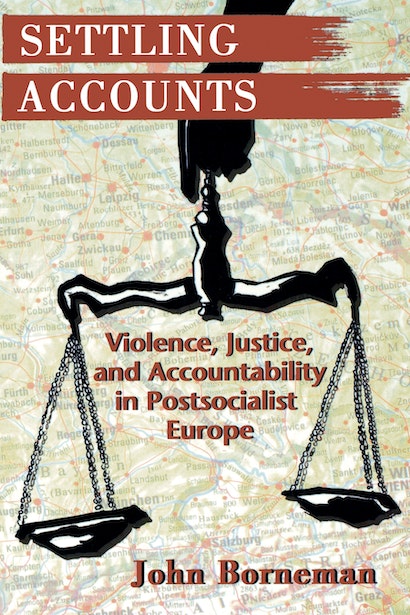 As new states in the former East bloc begin to reckon with their criminal pasts in the years following a revolutionary change of regimes, a basic pattern emerges: In those states where some form of retributive justice has been publicly enacted, there has generally been much less of a recourse to collective retributive violence. In Settling Accounts, John Borneman explores the attempts by these aspiring democratic states to invoke the principles of the “rule of law” as a means of achieving retributive justice, that is, convicting wrongdoers and restoring dignity to victims of moral injuries. Democratic regimes, Borneman maintains, require a strict form of accountability that holds leaders responsible for acts of criminality. This accountability is embodied in the principles of the rule of law, and retribution is at the moral center of these principles.


Drawing from his ethnographic work in the former East Germany and with select comparisons to other East-Central European states, Borneman critically examines the construction of categories of criminality. He argues against the claims that economic growth, liberal democracy, or acts of reconciliation are adequate means to legitimate the transformed East bloc states. The cycles of violence in states lacking a system of retributive justice help to support this claim. Invocation of the principles of the rule of law must be seen as a chance for a more democratic, more accountable, and less violent world.

John Borneman is Associate Professor of Anthropology at Cornell University. He is the author of After the Wall: East Meets West in the New Berlin, Belonging in the Two Berlins: Kin, State, Nation, and Subversions of International Order: Studies in the Political Anthropology of Culture.

"As Borneman notes, from Argentina to South Korea, people are struggling with the proper response to past abuse. . . . [Readers} will be rewarded with a subtle, albeit hardly indisputable, notion of 'retributive justice' and its value."—Foreign Affairs