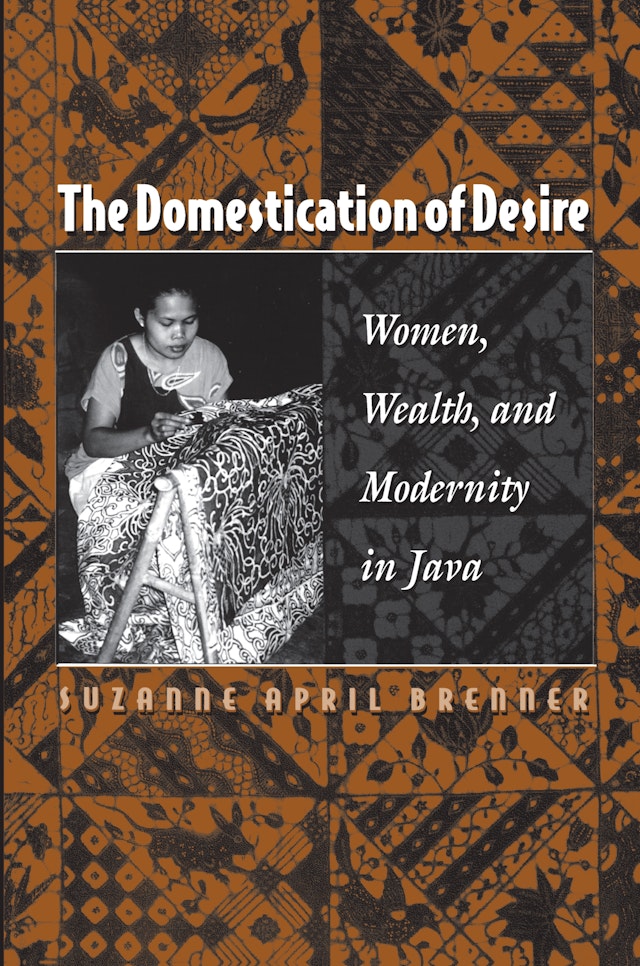 While doing fieldwork in the modernizing Javanese city of Solo during the late 1980s, Suzanne Brenner came upon a neighborhood that seemed like a museum of a bygone era: Laweyan, a once-thriving production center of batik textiles, had embraced modernity under Dutch colonial rule, only to fend off the modernizing forces of the Indonesian state during the late twentieth century. Focusing on this community, Brenner examines what she calls the making of the “unmodern.” She portrays a merchant enclave clinging to its distinctive forms of social life and highlights the unique power of women in the marketplace and the home — two domains closely linked to each other through local economies of production and exchange. Against the social, political, and economic developments of late-colonial and postcolonial Java, Brenner describes how an innovative, commercially successful lifestyle became an anachronism in Indonesian society, thereby challenging the idea that tradition invariably gives way to modernity in an evolutionary progression.

Brenner’s analysis centers on the importance of gender to processes of social transformation. In Laweyan, the base of economic and social power has shifted from families, in which women were the main producers of wealth and cultural value, to the Indonesian state, which has worked to reorient families toward national political agendas. How such attempts affect women’s lives and the meaning of the family itself are key considerations as Brenner questions long-held assumptions about the division between “domestic” and “public” spheres in modern society.

Suzanne April Brenner is Associate Professor in the Department of Anthropology at the University of California, San Diego.

"Brenner has made an intelligent use of her ethnographic experiences to formulate a compelling and highly readable text on issues of current theoretical concern. Her work displays an admirable grasp of the complex social and economic transformations which have taken place in Java over the last century . . .[A] timely and impressive book."—Jennifer Alexander, Pacific Affairs

"Suzanne Brenner's book is an engaging account of the making of modernity and its reversals . . . In the batik-producing district of Laweyan, Solo, Java."—Maila Stivens, Journal of the Royal Anthropological Institute