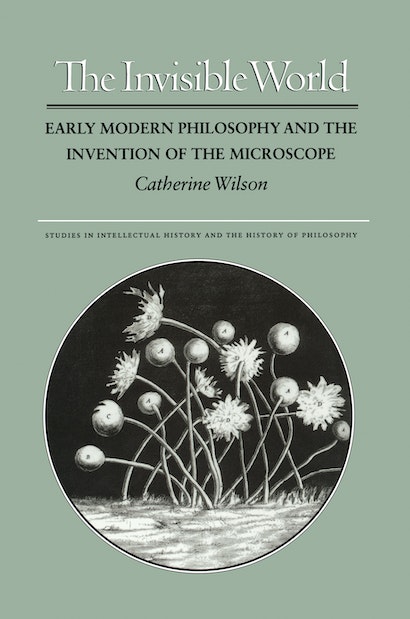 In the seventeenth century the microscope opened up a new world of observation, and, according to Catherine Wilson, profoundly revised the thinking of scientists and philosophers alike. The interior of nature, once closed off to both sympathetic intuition and direct perception, was now accessible with the help of optical instruments. The microscope led to a conception of science as an objective, procedure-driven mode of inquiry and renewed interest in atomism and mechanism. Focusing on the earliest forays into microscopical research, from 1620 to 1720, this book provides us with both a compelling technological history and a lively assessment of the new knowledge that helped launch philosophy into the modern era.


Wilson argues that the discovery of the microworld — and the apparent role of living animalcula in generation, contagion, and disease — presented metaphysicians with the task of reconciling the ubiquity of life with human-centered theological systems. It was also a source of problems for philosophers concerned with essences, qualities, and the limits of human knowledge, whose positions are echoed in current debates about realism and instrument-mediated knowledge. Covering the contributions of pioneering microscopists (Leeuwenhoek, Swammerdam, Malpighi, Grew, and Hooke) and the work of philosophers interested in the microworld (Bacon, Descartes, Leibniz, Malebranche, Locke, and Berkeley), she challenges historians who view the abstract sciences as the sole catalyst of the Scientific Revolution as she stresses the importance of observational and experimental science to the modern intellect.

Catherine Wilson is Professor of Philosophy at the University of Alberta, and the author of Leibniz's Metaphysics (Princeton).

"A very stimulating discussion of the interplay between scientific theory and scientific instrumentation, in the context of an instrument with which most feel familiar. . . . Fully documented and intensively argued."—Brian Bracegirdle, New Scientist

"Wilson shows that microscopic observations reinforced the contemporary idea of the `living machine'—that is, a reductionist view of nature. And therein lies the ultimate paradox of our machine-driven science: the essence of our natural world remains hidden despite our increasingly sophisticated scientific technology."—Willem Hackmann, Nature

"The Invisible World is a welcome step toward a renewed appreciation of classical light microscopy."—Nicolas Rasmussen, Contemporary Sociology

"This is an important work. It breaks new ground, and it forces us to reassess some of our most cherished assumptions about the scientific revolution."—Joseph C. Pitt, Journal of the History of Biology