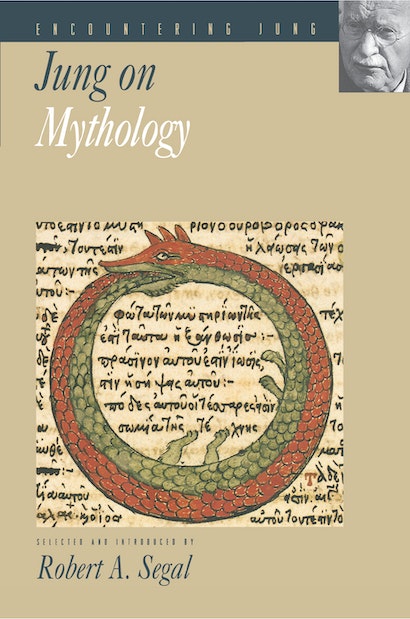 At least three major questions can be asked of myth: what is its subject matter? what is its origin? and what is its function? Theories of myth may differ on the answers they give to any of these questions, but more basically they may also differ on which of the questions they ask. C. G. Jung’s theory is one of the few that purports to answer fully all three questions. This volume collects and organizes the key passages on myth by Jung himself and by some of the most prominent Jungian writers after him: Erich Neumann, Marie-Louise von Franz, and James Hillman. The book synthesizes the discovery of myth as a way of thinking, where it becomes a therapeutic tool providing an entrance to the unconscious.


In the first selections, Jung begins to differentiate his theory from Freud’s by asserting that there are fantasies and dreams of an “impersonal” nature that cannot be reduced to experiences in a person’s past. Jung then asserts that the similarities among myths are the result of the projection of the collective rather than the personal unconscious onto the external world. Finally, he comes to the conclusion that myth originates and functions to satisfy the psychological need for contact with the unconscious — not merely to announce the existence of the unconscious, but to let us experience it.

Robert A. Segal is Reader in the Department of Religious Studies, Lancaster University. He is author of The Poimandres as Myth and Joseph Campbell: An Introduction and has edited The Gnostic Jung, The Allure of Gnosticism, and The Myth and Ritual Theory.

"In this valuable compilation, Segal brings organization, clarity, and structure to Jung's writings on mythology. . . . By a careful process of selection and contextualization, Segal has succeeded at presenting Jung's best insights on myth, archetype, dream, and religion while eliminating the detours and meanderings that often discourage students encountering Jung for the first time. Highly recommended."—Religious Studies Review