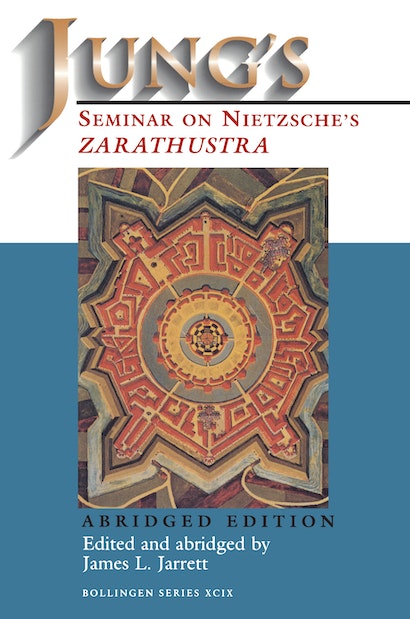 Nietzsche’s infamous work Thus Spake Zarathustra is filled with a strange sense of religiosity that seems to run counter to the philosopher’s usual polemics against religious faith. For some scholars, this book marks little but a mental decline in the great philosopher; for C. G. Jung, Zarathustra was an invaluable demonstration of the unconscious at work, one that illuminated both Nietzsche’s psychology and spirituality and that of the modern world in general. The original two-volume edition of Jung’s lively seminar on Nietzsche’s Zarathustra has been an important source for specialists in depth psychology. This new abridged paperback edition allows interested readers to participate with Jung as he probes the underlying meaning of Nietzsche’s great work.

James L. Jarrett is Professor of the Philosophy of Education at the University of California, Berkeley.

"Nietzsche is perhaps the first Western man to have experienced a psychological encounter with the Self. . . . [This] seminar on Nietzsche's Zarathustra . . . [ is a] magisterial enterprise [that] demonstrates to any perceptive reader Jung's millennial magnitude."—Psychological Perspectives