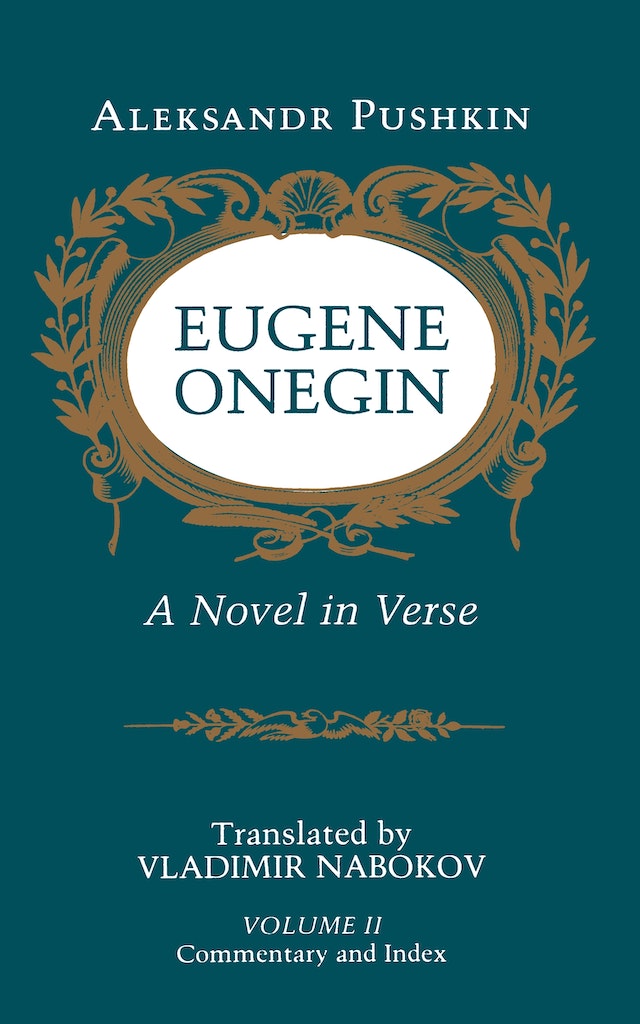 When Vladimir Nabokov first published his controversial translation of Pushkin’s Eugene Onegin in 1964, the great majority of the edition was taken up by Nabokov’s witty and detailed commentary. Presented here in its own volume, the commentary is a unique and exhaustive scholarly masterwork by one of the twentieth century’s greatest writers—a work that Nabokov biographer Brian Boyd calls “the most detailed commentary ever made on” Onegin and “indispensable to all serious students of Pushkin’s masterpiece.”

In his commentary, Nabokov seeks to illuminate every possible nuance of this nineteenth-century classic. He explains obscurities, traces literary influences, relates Onegin to Pushkin’s other work, and in a characteristically entertaining manner dwells on a host of interesting details relevant to the poem and the Russia it depicts. Nabokov also provides translations of lines and stanzas deleted by the censor or by Pushkin himself, variants from Pushkin’s notebooks, fragments of a continuation called “Onegin’s Journey,” the unfinished and unpublished “Chapter Ten,” other continuations, and an index.

A work of astonishing erudition and passion, Nabokov’s commentary is a landmark in the history of literary scholarship and in the understanding and appreciation of the greatest work of Russia’s national poet.

Vladimir Nabokov (1899–1977) was a Russian-American writer whose novels in English include Lolita, Pale Fire, and Ada. He also wrote poetry, short stories, translations from Russian, and a memoir, Speak, Memory.

“A better commentary on a poem has never been written.”—John Bayley, The Observer

“The best [Onegin commentary] in any language.”—Clarence Brown, Partisan Review