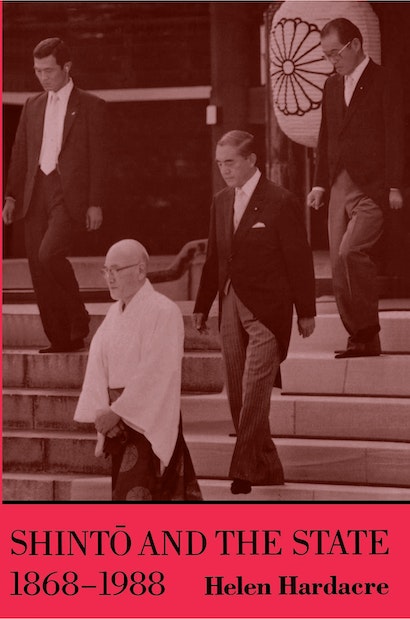 Helen Hardacre, a leading scholar of religious life in modern Japan, examines the Japanese state’s involvement in and manipulation of shinto from the Meiji Restoration to the present. Nowhere else in modern history do we find so pronounced an example of government sponsorship of a religion as in Japan’s support of shinto. How did that sponsorship come about and how was it maintained? How was it dismantled after World War II? What attempts are being made today to reconstruct it? In answering these questions, Hardacre shows why State shinto symbols, such as the Yasukuni Shrine and its prefectural branches, are still the focus for bitter struggles over who will have the right to articulate their significance.


Where previous studies have emphasized the state bureaucracy responsible for the administration of shinto, Hardacre goes to the periphery of Japanese society. She demonstrates that leaders and adherents of popular religious movements, independent religious entrepreneurs, women seeking to raise the prestige of their households, and men with political ambitions all found an association with shinto useful for self-promotion; local-level civil administrations and parish organizations have consistently patronized shinto as a way to raise the prospects of provincial communities. A conduit for access to the prestige of the state, shinto has increased not only the power of the center of society over the periphery but also the power of the periphery over the center.