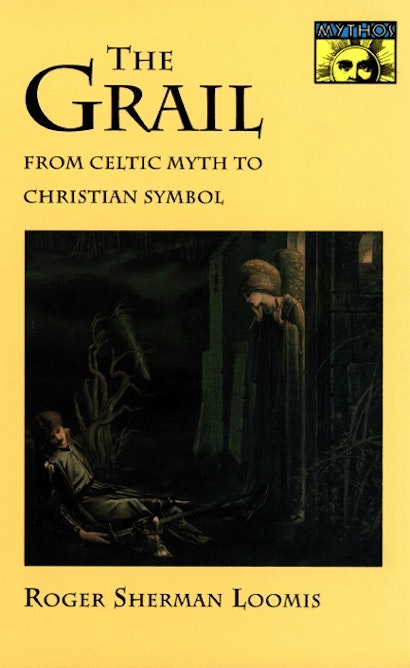 The medieval legend of the Grail, a tale about the search for supreme mystical experience, has never ceased to intrigue writers and scholars by its wildly variegated forms: the settings have ranged from Britain to the Punjab to the Temple of Zeus at Dodona; the Grail itself has been described as the chalice used by Christ at the Last Supper, a stone with miraculous youth-preserving virtues, a vessel containing a man’s head swimming in blood; the Grail has been kept in a castle by a beautiful damsel, seen floating through the air in Arthur’s palace, and used as a talisman in the East to distinguish the chaste from the unchaste. In his classic exploration of the obscurities and contradictions in the major versions of this legend, Roger Sherman Loomis shows how the Grail, once a Celtic vessel of plenty, evolved into the Christian Grail with miraculous powers. Loomis bases his argument on historical examples involving the major motifs and characters in the legends, beginning with the Arthurian legend recounted in the 1180 French poem by Chrtien de Troyes. The principal texts fall into two classes: those that relate the adventures of the knights in King Arthur’s time and those that account for the Grail’s removal from the Holy Land to Britain. Written with verve and wit, Loomis’s book builds suspense as he proceeds from one puzzle to the next in revealing the meaning behind the Grail and its legends.

"In terms of serious scholarship, there has been little that supersedes or countervenes this work from a major Authuriad scholar at the height of his powers."—Parergon