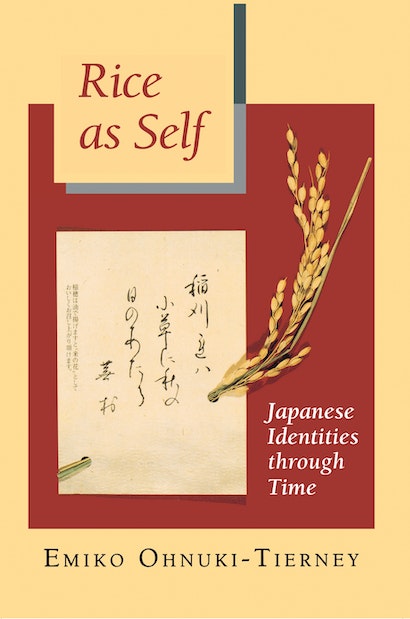 Are we what we eat? What does food reveal about how we live and how we think of ourselves in relation to others? Why do people have a strong attachment to their own cuisine and an aversion to the foodways of others? In this engaging account of the crucial significance rice has for the Japanese, Rice as Self examines how people use the metaphor of a principal food in conceptualizing themselves in relation to other peoples. Emiko Ohnuki-Tierney traces the changing contours that the Japanese notion of the self has taken as different historical Others — whether Chinese or Westerner — have emerged, and shows how rice and rice paddies have served as the vehicle for this deliberation. Using Japan as an example, she proposes a new cross-cultural model for the interpretation of the self and other.

Emiko Ohnuki-Tierney is Vilas Research Professor of Anthropology at the University of Wisconsin, Madison. Among her works is The Monkey as Mirror: Symbolic Transformations in Japanese History and Ritual (Princeton).

"As in [Ohnuki-Tierney's] Monkey as Mirror, where she follows her metaphor deep into the prejudices of Japanese society, so she here finds that rice has been given a major role in historical formulation of the idea of self. . . . Beautifully, even elegantly, presented. . . . An important volume which traces this chosen means of identity and makes understandable the various anomalies that it would seem to have occasioned."—Donald Richie, The Japan Times

"An important and timely book on the Japanese sense of self and the link to the sacredness of rice agriculture."—Drew Gerstle, The Times Higher Education Supplement

"This is a fascinating analysis of the meaning of rice as a symbol of personal and particularly of social identity in Japanese culture."—Robert N. Bellah

"Ohnuki-Tierney usefully explodes the notion of Japanese cultural homogeneity while explaining why the idea of homogeinity and distinctness, symbolized so vividly in Japanese rice, has come to play such a significant cultural role."—Robert N. Bellah, University of California, Berkeley