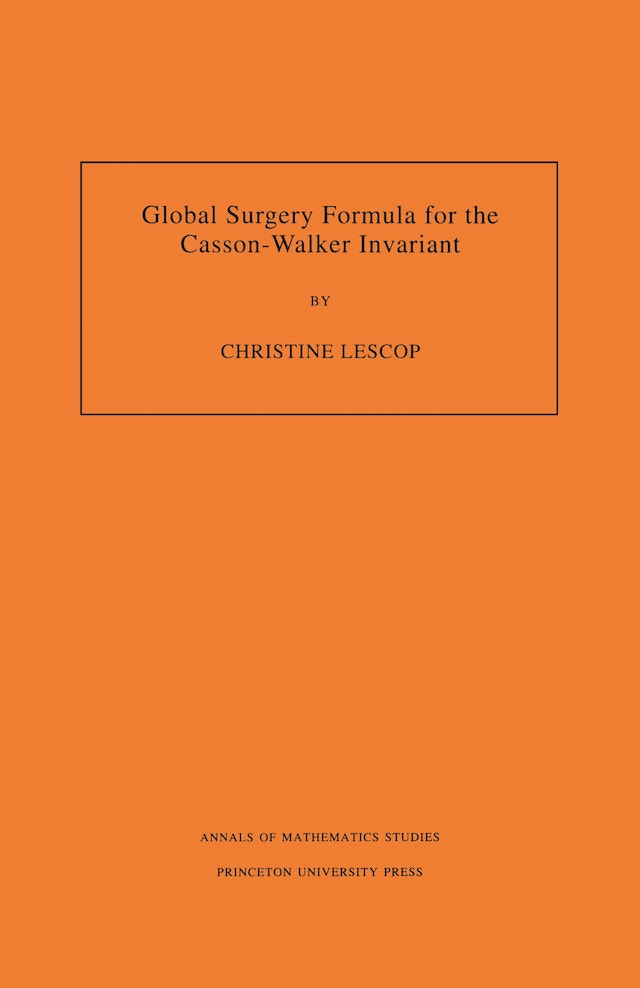 This book presents a new result in 3-dimensional topology. It is well known that any closed oriented 3-manifold can be obtained by surgery on a framed link in S
3. In Global Surgery Formula for the Casson-Walker Invariant, a function F of framed links in S
3 is described, and it is proven that F consistently defines an invariant, lamda (l), of closed oriented 3-manifolds. l is then expressed in terms of previously known invariants of 3-manifolds. For integral homology spheres, l is the invariant introduced by Casson in 1985, which allowed him to solve old and famous questions in 3-dimensional topology. l becomes simpler as the first Betti number increases.


As an explicit function of Alexander polynomials and surgery coefficients of framed links, the function F extends in a natural way to framed links in rational homology spheres. It is proven that F describes the variation of l under any surgery starting from a rational homology sphere. Thus F yields a global surgery formula for the Casson invariant.

Christine Lescop is Researcher in Mathematics at the Centre National de la Recherche Scientifique at the Institut Fourier in Grenoble, France.