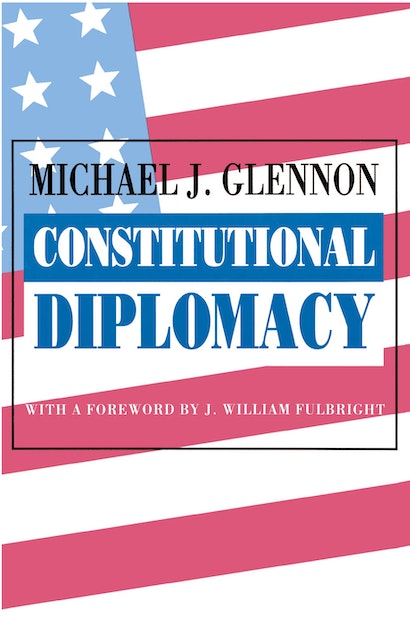 Challenging those who accept or advocate executive supremacy in American foreign-policy making, Constitutional Diplomacy proposes that we abandon the supine roles often assigned our legislative and judicial branches in that field. This book, by the former Legal Counsel to the Senate Foreign Relations Committee, is the first comprehensive analysis of foreign policy and constitutionalism to appear in over fifteen years. In the interval since the last major work on this theme was published, the War Powers Resolution has ignited a heated controversy, several major treaties have aroused passionate disagreement over the Senate’s role, intelligence abuses have been revealed and remedial legislation debated, and the Iran-Contra affair has highlighted anew the extent of disagreement over first principles. Exploring the implications of these and earlier foreign policy disputes, Michael Glennon maintains that the objectives of diplomacy cannot be successfully pursued by discarding constitutional interests. Glennon probes in detail the important foreign-policy responsibilities given to Congress by the Constitution and the duty given to the courts of resolving disputes between Congress and the President concerning the power to make foreign policy. He reviews the scope of the prime tools of diplomacy, the war power and the treaty power, and examines the concept of national security. Throughout the work he considers the intricate weave of two legal systems: American constitutional principles and the international law norms that are part of the U.S. domestic legal system.

"Although Constitutional Diplomacywas written before an American line was drawn in the sands of the Arabian Peninsula after Iraq took over Kuwait, it is hard to imagine a book that is more prescient and provocative about the huge military buildup in the Persian Gulf.... Glennon writes as if he had a crystal ball that foretold the events ... in the Persian Gulf."—The New York Times