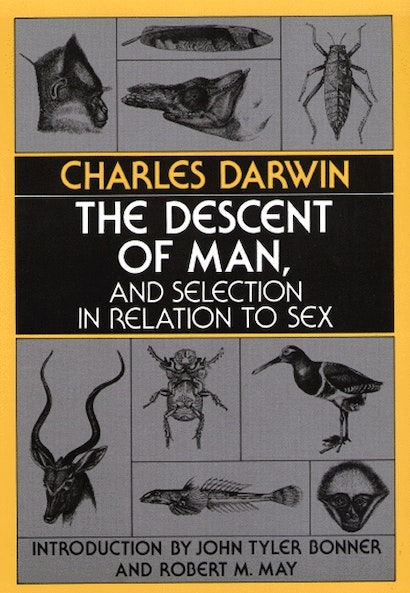 In the current resurgence of interest in the biological basis of animal behavior and social organization, the ideas and questions pursued by Charles Darwin remain fresh and insightful. This is especially true of The Descent of Man and Selection in Relation to Sex, Darwin’s second most important work. This edition is a facsimile reprint of the first printing of the first edition (1871), not previously available in paperback.


The work is divided into two parts. Part One marshals behavioral and morphological evidence to argue that humans evolved from other animals. Darwin shoes that human mental and emotional capacities, far from making human beings unique, are evidence of an animal origin and evolutionary development. Part Two is an extended discussion of the differences between the sexes of many species and how they arose as a result of selection. Here Darwin lays the foundation for much contemporary research by arguing that many characteristics of animals have evolved not in response to the selective pressures exerted by their physical and biological environment, but rather to confer an advantage in sexual competition. These two themes are drawn together in two final chapters on the role of sexual selection in humans.


In their Introduction, Professors Bonner and May discuss the place of The Descent in its own time and relation to current work in biology and other disciplines.

John Tyler Bonner and Robert M. May are Professors of Biology at Princeton University.

"[This work] is second only in importance to the Origin of Species . . . among Darwin's works and the book in which he uses the word evolution for the first time."—Natural History