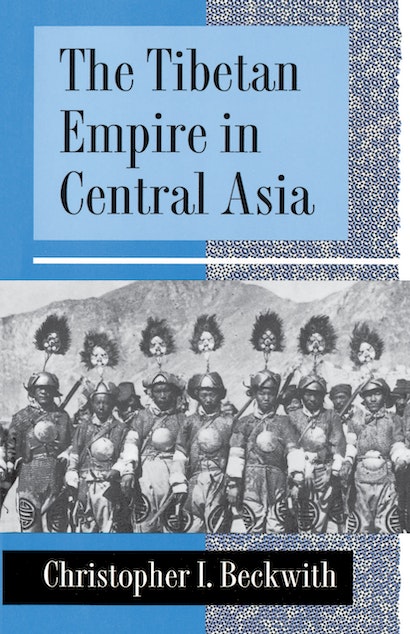 This narrative history of the Tibetan Empire in Central Asia from about A.D. 600 to 866 depicts the struggles of the great Tibetan, Turkic, Arab, and Chinese powers for dominance over the Silk Road lands that connected Europe and East Asia. It shows the importance of overland contacts between East and West in the Early Middle Ages and elucidates Tibet’s role in the conflict over Central Asia.

Christopher I. Beckwith is Associate Professor of Central Eurasian Studies at Indiana University. He received a 1986 MacArthur Fellowship.

"[The] author has succeeded in his task, thanks to his sound method of analysis and to his command of the languages of the relevant texts: Tibetan, Chinese, Arab, Turkic. Particularly the thorough and felicitous utilization of the Arab sources is one of the most pleasant features of the book."—Luciano Petech, Central Asiatic Journal

"A most impressive work by an excellent scholar."—Richard N. Frye, International Journal of Middle East Studies

"An absorbing and highly original narrative of imperial rivalries that is of particular interest to comparative historians."—Choice