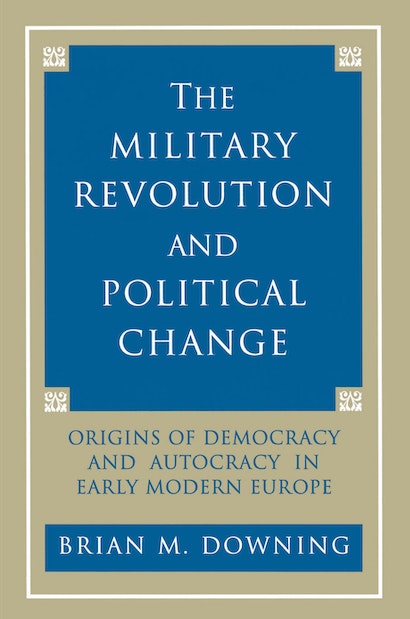 To examine the long-run origins of democracy and dictatorship, Brian Downing focuses on the importance of medieval political configurations and of military modernization in the early modern period. He maintains that in late medieval times an array of constitutional arrangements distinguished Western Europe from other parts of the world and predisposed it toward liberal democracy. He then looks at how medieval constitutionalism was affected by the “military revolution” of the early modern era — the shift from small, decentralized feudal levies to large standing armies. Downing won the American Political Science Association’s Gabriel Almond Award for the dissertation on which this book was based.

"A refreshing return to a realistic view of political history."—William R. Hawkins, Chronicles

"When the manuscript of this book came to my attention, I intended to do no more than skim it to see if I could help a young scholar unknown to me. Instead I found myself reading every word straight through to the end. The author's emphasis on the role of the instruments of violence and repression in inhibiting liberal and democratic trends is new to scholarship and quite convincing. Here is comparative history at its best. This book takes a big step beyond my Social Origins of Dictatorship and Democracy."—Barrington Moore, Jr.