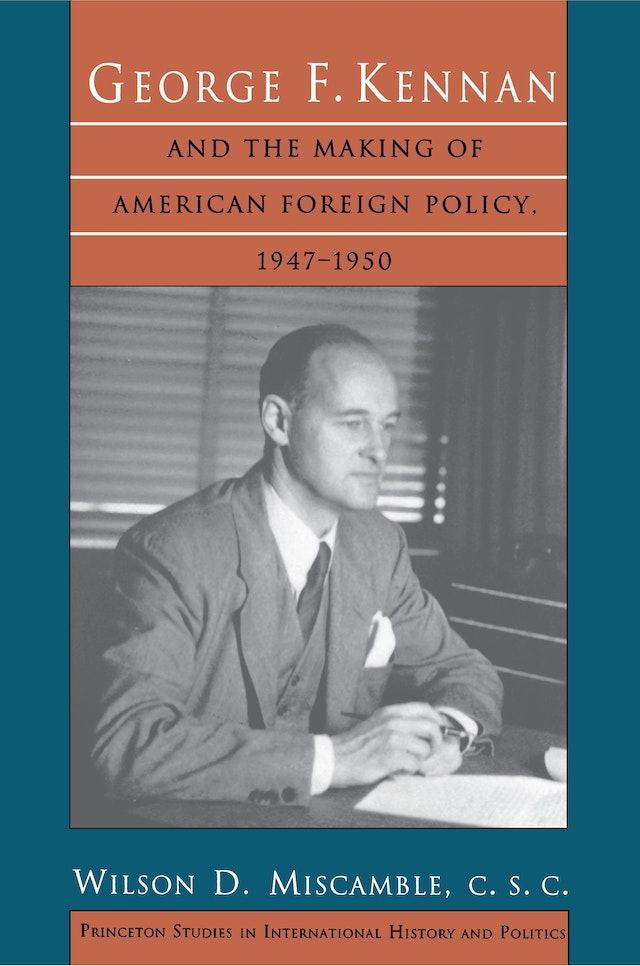 When George C. Marshall became Secretary of State in January of 1947, he faced not only a staggering array of serious foreign policy questions but also a State Department rendered ineffective by neglect, maladministration, and low morale. Soon after his arrival Marshall asked George F. Kennan to head a new component in the department’s structure — the Policy Planning Staff. Here Wilson Miscamble scrutinizes Kennan’s subsequent influence over foreign policymaking during the crucial years from 1947 to 1950.

Wilson D. Miscamble, C.S.C., is Director of Graduate Studies and Associate Professor of History at the University of Notre Dame.

"A good analytical examination of American foreign policy as seen through the lens of the State Department's Policy Planning Staff. . . . As such it embraces much more than the Soviet Union and Eastern Europe. The author insists that there was no grand design to American policy in these years, but one is impressed by the pervasive and lucid intellect of Ambassador Kennan."—William G. Hyland, Foreign Affairs

"This book is the most insightful treatment of George Kennan that has yet been published and the best work I know on the making of U.S. foreign policy during this period. The work is an astonishing scholarly accomplishment. Miscamble offers fresh interpretations and a new sense of the context in which policy was made and of the complex influences on the policymakers."—Richard H. Ullman, Princeton University