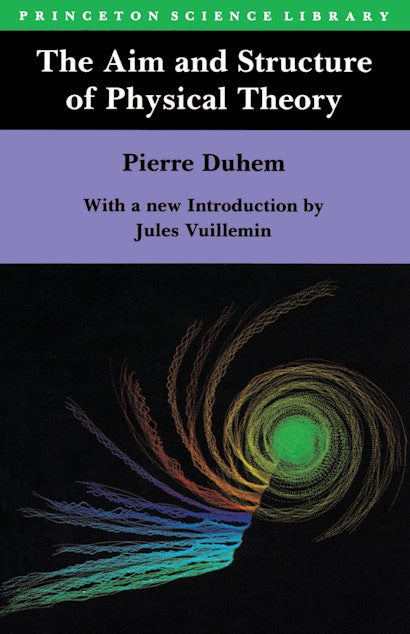 This classic work in the philosophy of physical science is an incisive and readable account of the scientific method. Pierre Duhem was one of the great figures in French science, a devoted teacher, and a distinguished scholar of the history and philosophy of science. This book represents his most mature thought on a wide range of topics.

Pierre Duhem (1861-1916) is best known in science for his work in thermodynamics and in history of science for his treatment of the Middle Ages. He was Professor of Physics at the University of Bordeaux

"The central proposition of this famous book is that physical theories are conventions serving to economize scientific thought rather than descriptions or explanations of the way the world is made. The work remains intensely alive in a climate of opinion in which strong skepticism about scientific realism is motivated by social and political considerations that could scarcely be more at variance with Duhem's ultra-Catholic conservatism. The introduction by Jules Vuillemin, at once expository and critical, is the clearest commentary on Duhem's philosophy of science that I have had the pleasure of reading. Duhem's phenomenalism, Vuillemin points out, distinguishes between humanity and nature and opposes the naturalism that would make reason merely an aspect of the natural processes it studies."—Charles C. Gillispie, Da}ton-Stockton Professor of History of Science Emeritus, Princeton University,