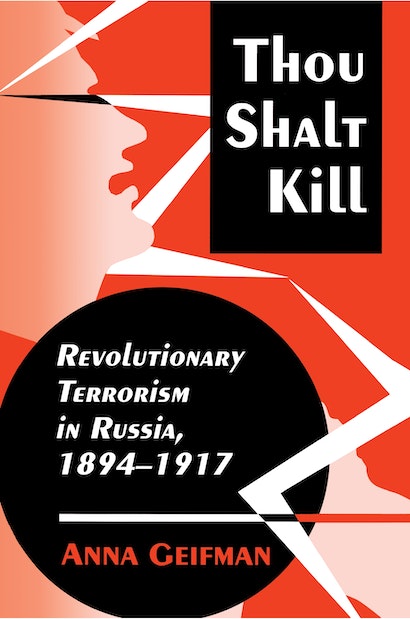 Anna Geifman examines the explosion of terrorist activity that took place in the Russian empire from the years just prior to the turn of the century through 1917, a period when over 17,000 people were killed or wounded by revolutionary extremists. On the basis of new research, she argues that a multitude of assassination attempts, bombings, ideologically motivated robberies, and incidents of armed assault, kidnapping, extortion, and blackmail for party purposes played a primary role in the revolution of 1905 and early twentieth-century Russian political history in general.

Anna Geifman is Assistant Professor of History at Boston University.

"Professor Geifman . . . dissects with surgical precision the couple of decades that preceded the Bolshevik seizure of power, a time when a beleaguered tsarist regime groped desperately, and failed to find, some means of defending itself."—Virginia Quarterly Review

"This book makes gripping reading. . . . Geifman's detailed account makes it clear that in fact the wave of terrorism broke out more or less spontaneously, and amounted more to a universal breakdown of law and order than to a 'movement.'"—Edward Ross Dickinson, New England Slavonic Journal

"[Geifman] argues effectively that those who practiced individual acts of violence against tsarist officials and the population in general had a much more destructive effect on the imperial regime than has generally been acknowledged in the historical literature."—James W. Hules, Terrorism and Political Violence